Happy Birthday Paul Bettany: Not Avengers, Have You Seen These 5 Performances of the Actor That Prove He's Immensely Versatile?

Paul Bettany celebrates his birthday today and we can't help but celebrate what an amazing actor he is. Here's looking at his iconic roles till now. 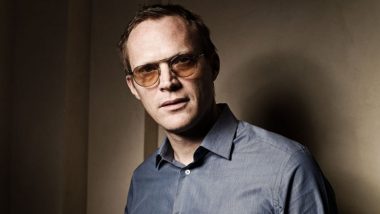 You are probably more familiar with Paul Bettany's voice thanks to popular characters from the Marvel movies, which include him being the voice of Iron Man's Jarvis and later on as Vision in Avengers: Age Of Ultron. Although, Bettany's career has been much diverse and you'll be surprised by the kind of versatile roles the English-American actor has played. As the actor turns 48 today, we look at some of his career-best performances apart from the Marvel films. Paul Bettany Takes Jabs At Avengers Co-Star Mark Ruffalo But Messes Up The Spelling - Check Out Their Twitter Banter!

Bettany made his film debut with a small role in Bent, a Holocaust drama which also starred the likes of Clive Owen, Jude Law, and Ian McKellen. After playing supporting roles in A Beautiful Mind and Red Dragon, Bettany made his leading-man debut in Wimbledon, a romantic comedy with Kirsten Dunst.

A Beautiful Mind was adapted from the bestselling, Pulitzer Prize-nominated 1998 book of the same name by Sylvia Nasar. The film starred Russell Crowe and Ed Harris, Jennifer Connelly, Paul Bettany, Adam Goldberg, Judd Hirsch, Josh Lucas, Anthony Rapp, and Christopher Plummer in supporting roles. In the film, Paul played one of John Nash’s (Russell Crow) delusions. He played the character of Charlie Herman who is one of the characters of Nash's manifestations from his Schizophrenic state of mind. This role was crucial to Bettany's career as it truly put him on the map for a greater career ahead.

In this film, Bettany essayed the role of Chaucer, a man with a genuine betting problem who also demonstrates an extraordinary scope of emotional range and profundity all through the film. The film was an American medieval adventure-comedy and Paul's role in it was well-received by the audiences.

This is a strange casting, no one would have thought Paul Bettany could pull off a role as creepy as that. The actor played Silas in the film an albino monk who murders people on the order of his mysterious Teacher, along with members of Opus Dei. Despite the film leaving people divided over its content, Bettany successfully managed to take everyone by notice.

4. Master and Commander: The Far Side of the World

The film is an American epic period war-drama film co-written, produced and directed by Peter Weir, set in the Napoleonic Wars. It starred Paul Bettany in the role of Dr. Stephen Maturin, along with Russell Crowe's Captain Jack Aubrey. Even though Bettany's role did not have anything meaty to offer, he managed to shine in an intelligent role with this one.

Paul Bettany's first and only romantic comedy in his career, Wimbledon starred him in the role of a Tennis player for which the actor had to learn the sport for over eight months. The film received mixed reviews from critics but it was a delight to see Bettany in a simpler role compared to all his other screen outings.

We think these are some of the best performances by Bettany in his career. Do tell us which are your favorite Paul Bettany characters.

(The above story first appeared on LatestLY on May 27, 2019 10:39 AM IST. For more news and updates on politics, world, sports, entertainment and lifestyle, log on to our website latestly.com).