Spider-Man No Way Home: From Rhino to Kraven, All Villains Teased During the Multiversal Break Scene of Tom Holland’s Marvel Film!

With the likes of Green Goblin, Doctor Octopus, Electro, Sandman and Lizard appearing, this was certainly a great lineup. Although these aren’t the only villains you see in the film. 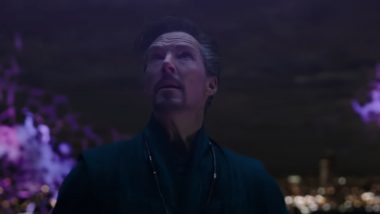 Spider-Man: No Way Home is the third film in Tom Holland’s Spider-Man trilogy. It sees him taking on villains from previous Spider-Man films as the Multiverse breaks and they all start entering into the MCU. Spider-Man: No Way Home is a film event like no other. It features one of the most ambitious Spider-Man stories of all time and is filled with great action and a heart wrenching story. It brings all the three generations of Spider-Man films together and tells a spectacular story that will have you roaring with applause. Spider-Man No Way Home Movie Review: Tom Holland’s Marvel Film Is a Multiversal Celebration of the Iconic Avenger! (LatestLY Exclusive).

Spider-Man: No Way Home clearly has no shortage of villains. As a matter of fact it boasts the largest roster of villains we have seen in any Spider-Man movie yet. With the likes of Green Goblin, Doctor Octopus, Electro, Sandman and Lizard appearing, this was certainly a great lineup. Although these aren’t the only villains you see in the film.

During the ending of the film, after Doctor Strange’s spell breaks lose, you can see a bunch of people appearing through the cracks of the multiverse. If you watch closely, you will see silhouettes of some fairly recognisable characters if you are aware of Spider-Man villains. The cracks are basically an Easter Egg house and will require multiple viewings just to see who all are present there.

Kraven, Rhino and Black Cat are instantly recognisable because you see their outline up close while Scorpion is a bit of an effort to find. Seeing as to how director Jon Watts wanted to make a film with Kraven, he certainly was semi-able to fulfill his wish. You can see Kraven next when he will be featured in his own film played by Aaron Taylor Johnson. Spider-Man No Way Home: With the Release of Tom Holland’s Marvel Film, Let’s Rank All 11 Films of Everyone’s Favourite Wall Crawler!

Out of all these though it’s the inclusion of Scorpion that had me most excited. Michael Mando has already been casted in the role, but is still yet to don the suit and fight Spider-Man in a movie. Here is hoping he will be the main villain of the next film.

Spider-Man: No Way Home is playing in theatres right now.

(The above story first appeared on LatestLY on Dec 21, 2021 10:30 AM IST. For more news and updates on politics, world, sports, entertainment and lifestyle, log on to our website latestly.com).