Hansika Motwani kinda rubbished the speculation of she getting married anytime soon with a businessman. Check it out. 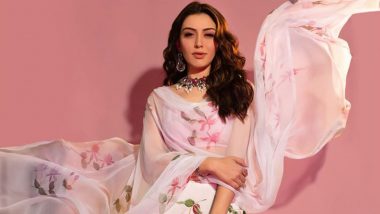 Life of a celebrity is not as glamorous as it looks. These stars also face a lot on the professional and personal front. Having said that, if you happen to be a celebrity, one should accept the fact that everything and anything can be written about you. However, seems like South actress, Hansika Motwani does not accept the rule. Why do we say this? As recently rumour has it that Motwani is soon going to get hitched with a businessman in a few days. Well, now reacting to the same, Hansika kinda rubbished the speculation of she getting married anytime soon. This Video of Hansika Motwani’s Ex-Boyfriend Silambarasan From the Sets of Maha Leaks Online.

The actress replied to a portal's article and wrote, "RUBBISH ! Omg who is he ???? Seems like the South beauty is having a great laugh at the report. Earlier also the actress' personal life has been discussing a point in the tinsel town. Back in 2013, South star Silambarasan had opened up on marrying Motwani, but later as there was trouble in their paradise, the two parted ways. Ex-Flames Hansika Motwani and Simbu to Work Together in UR Jameel’s Maha?

Check Out Hansika's Reply To Her Marriage Reports Below: 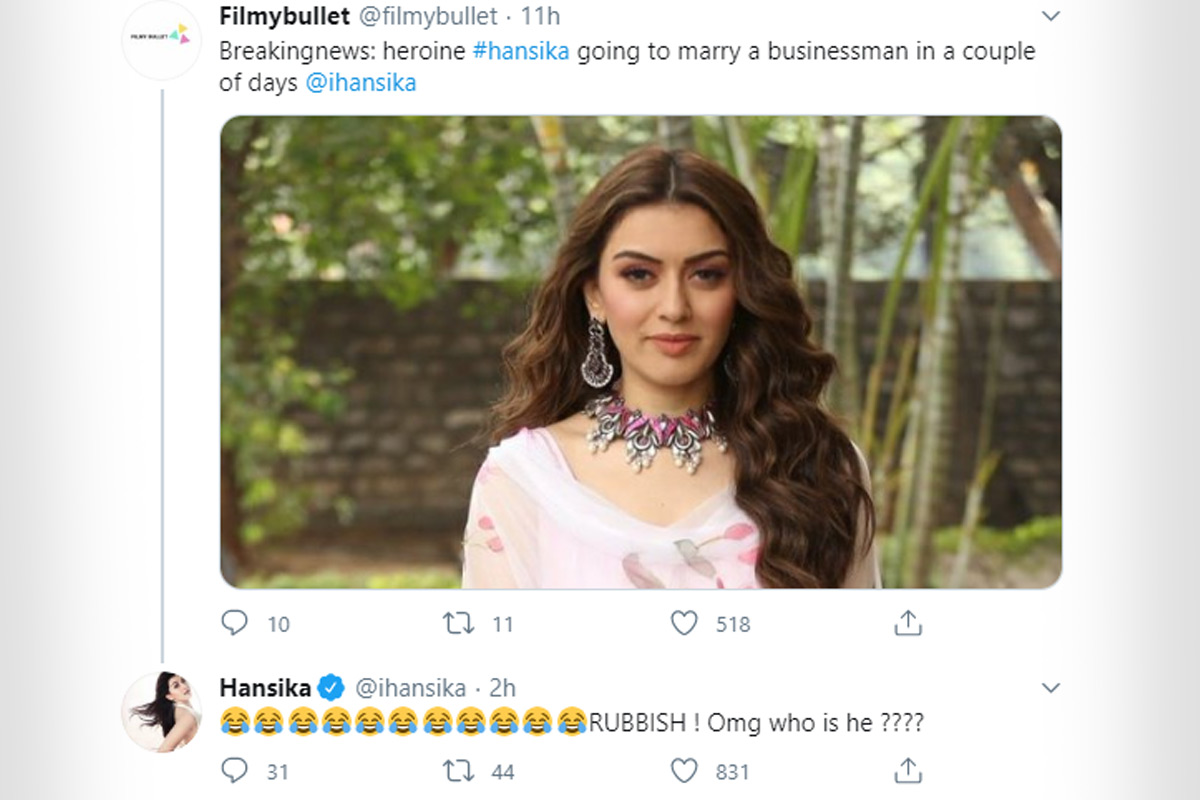 Meanwhile, on the work front, the actress will be soon seen in U.R.Jameel's upcoming film, Maha which also stars her ex-flame. Actor Srikanth is said to be opposite the actress in the film. Coming back to Motwani's sassy reply, well done. Stay tuned!

(The above story first appeared on LatestLY on Jun 11, 2020 01:24 PM IST. For more news and updates on politics, world, sports, entertainment and lifestyle, log on to our website latestly.com).