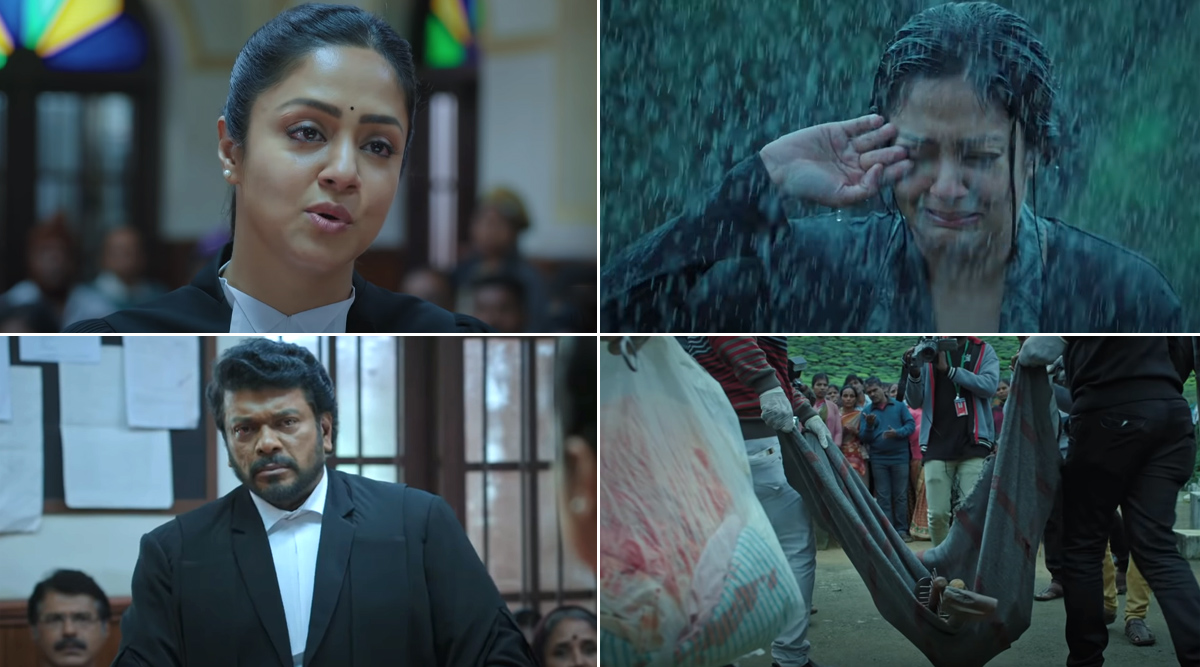 With the coronavirus lockdown resulting in the shutdown of theatres, several films are now going for a digital release. Among the straight to OTT releases, recently five South movies were announced to premiere on Amazon Prime Video. In the list of these films was also Jyotika's legal drama Ponmagal Vandhal. Makers of the film had recently announced that they will be releasing a trailer of the film on May 21 and well, here it is. The film has been produced by Joyotika and Suriya and is all set to stream on Prime Video on May 29. While the teaser of the film had already gathered a lot of buzz, the trailer looks even more impressive. Jyotika’s Ponmagal Vandhal to Release on May 29 on Amazon Prime Video, Confirms 2D Entertainment.

The trailer of the film begins on a chilling note as a news report about the serial killings of children in Ooty. Jyotika essays the role of lawyer Venba who seems to have an idea about the alleged criminal and his motive. Parthiepan essays the role of the opposition lawyer to Jyotika's character's case while Prathap Pothen is seen as the judge. The complicated case also has a connection to Venba's past. The two-minute-long trailer surely keeps us hooked and intrigues you enough to pique your interest to catch this film soon. Here Are the 5 South Movies Confirmed to Premiere on Amazon Prime Video!

Sharing the trailer Suriya took to Twitter and wrote, "Here's Venba’s Journey to Justice...!!" The film has been directed by JJ Fredrick. It is the first Tamil film to be directly premiered on Amazon Prime. The makers of Ponmagal Vandhal had initially planned to release this movie in cinema halls on March 27 but due to the lockdown, it was further delayed and now it is up for a digital release.