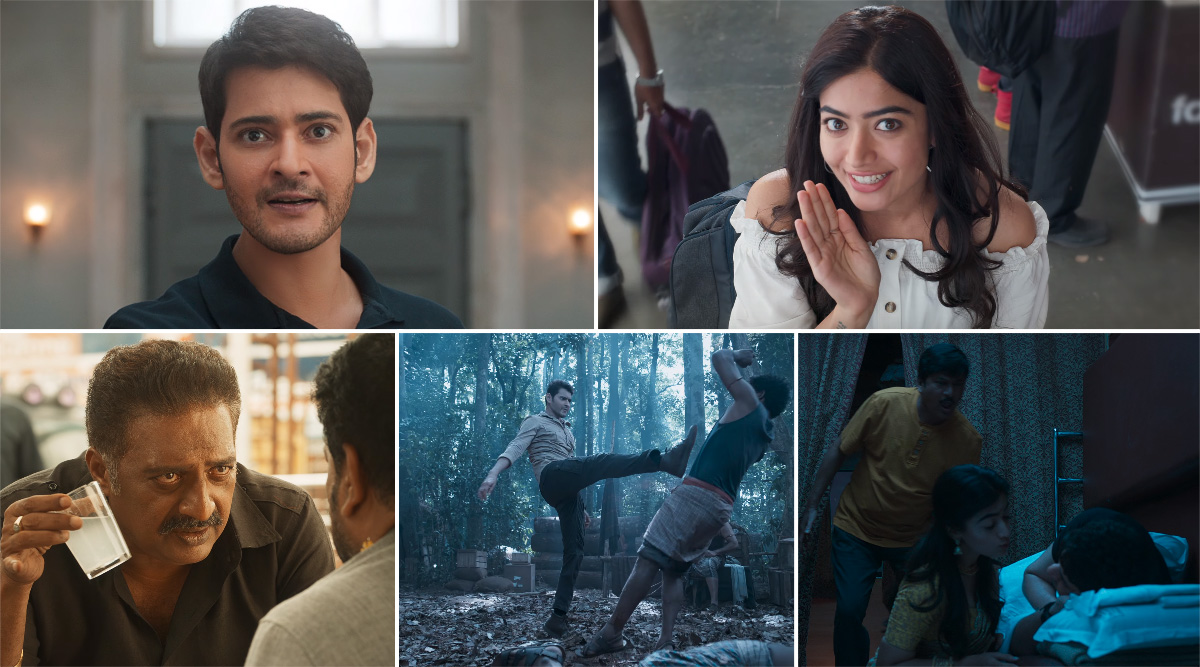 The much-awaited trailer of Mahesh Babu's Sarileru Neekevvaru is finally here and it is everything you hoped for. Ahead of the film's release, the makers released its official trailer online on the same day as the grand pre-release event that took place in Hyderabad with Chiranjeevi as the chief guest on Sunday, January 5. From the trailer of the film, it can be seen that the film has a great mix of action, romance, comedy and drama. There's no doubt that one of the biggest highlights of the trailer is Mahesh Babu and Rashmika Mandanna's crackling chemistry. Mind Block Lyrical Video: Mahesh Babu's Sarileru Neekevvaru Track Is Sure to Make You Hit the Dance Floor.

Sharing the trailer, Mahesh Babu took to Twitter and wrote, "And the celebrations begin!!! Here's #SarileruNeekevvaruTrailer...Enjoy." The first half of the trailer is all about Rashmika's character trying to woo Mahesh Babu's character. It's all comedy in the beginning and Mandanna impresses with her act. After Prakash Raj's entry, the story takes a different turn and we get to see Mahesh Babu's action avatar. Sarileru Neekevvaru to Hit The Screens On January 11, 2020!

The film also stars Vijayashanti, Satya Dev, Pradeep Rawat, Hari Teja, Sachin Khedekar, Rajendra Prasad, Subbaraju, and Vennela Kishore in key roles. The Telugu action film is written and helmed by Anil Ravipudi. It is all set will hit the theatres on January 11, during the Makar Sankranti festival. Another big highlight of this film is also that Tamannaah Bhatia will be making a special appearance in the song "Daang Daang". The film is bankrolled by AK Entertainments, Sri Venkateswara Creations and G. Mahesh Babu Entertainment Pvt. Ltd.