MSBSHSE requested students and their concerned parents to not put stress on rumours and keep a tab on the board’s official website instead. 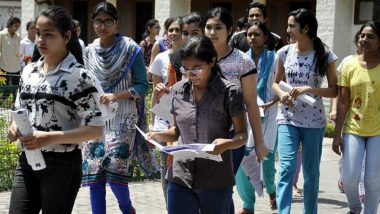 The Maharashtra State Board of Secondary and Higher Secondary Education (MSBSHSE) is yet to decide its result declaration date for class 10 and class 12 board exams 2018. Many media outlets are claiming the Maharashtra board result 2018 to be out on May 26. But to end such speculations, the board officials had to step in. They requested MSBSHSE students and their concerned parents to not put stress on rumours and keep a tab on the board’s official website instead; mahahsscboard.maharashtra.gov.in. All information related to MSBSHSE class 10th and 12th results declaration, when announced would be intimated through their official website only. UPDATE: The SSC Class 10 exam results have been declared. Students can check their marks at mahresult.nic.in.

Dr Ashok Bhosale, Secretary, MSBSHSE, Pune was quoted in an Indian Express report saying, “We appeal to people not to spread panic among students and parents with wrong information. Once the result dates are decided, they will be announced on the official website of the department and through the media. These speculations over WhatsApp, Facebook and other mediums are unnecessary and must stop so that there is no pressure on students.” It was reported in earlier reports that messages were circulated on WhatsApp that claimed the HSC and SSC board exam results 2018 to be announced on May 27 and June 6 respectively. However, such claims have been clearly denied by the board’s secretary.

Last year, the MSBSHSE results for class 12 were announced on May 30 and class 10 were declared on June 13. Once the result dates for 2018 are announced, the students will be able to check their SSC and HSC results on the board’s website; mahresults.nic.in. Some recent reports are claiming that Maharashtra Board class 12 result will be released on May 26, 2018. Keeping the authorities appeal in mind, it is recommended to all the students and their concerned parents to keep an eye on the MSBSHSE website only. The board will announce the result date soon.

(The above story first appeared on LatestLY on May 08, 2018 11:20 AM IST. For more news and updates on politics, world, sports, entertainment and lifestyle, log on to our website latestly.com).