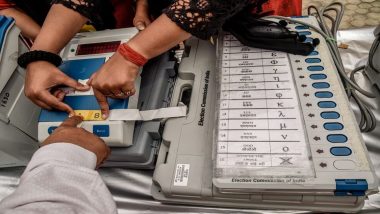 Shimla, January 21: The counting of votes for Himachal Pradesh Panchayat Samitis, Zila Parishads Elections has begun on January 22, 2021, at 8 am. The elections were held in three phases on January 17, 19 and 21. A total of 3,583 gram panchayats went to polls. Viewers can watch live streaming of the counting of votes on News18 Punjab Haryana Himachal. 80% Turnout in Second-phase of Himachal Panchayat Polls.

There are a total of 3,615 gram panchayats. The polling did not take place in 32 panchayats in Keylong of tribal Lahaul-Spiti district. The election process will be completed by January 23. COVID-19 protocols were followed during the polling.

The Himachal Pradesh Panchayat elections 2021, is considered to be a litmus test for the Jai Ram Thakur government as no party has returned to power for the second time since 1989. However, Thakur has time and again exuded confidence in retaining power in the state. The assembly elections in the northern state of India will take place in 2022.

(The above story first appeared on LatestLY on Jan 22, 2021 08:02 AM IST. For more news and updates on politics, world, sports, entertainment and lifestyle, log on to our website latestly.com).