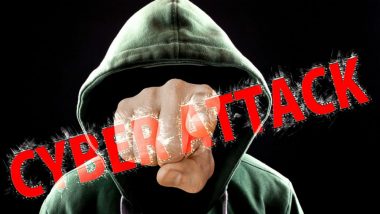 Mumbai, September 16: In the latest case of cyber fraud, a 36-year-old man from Khar lost Rs 97,000 while he was trying to buy a second hand Activa scooter for Rs 25,000 online. According to a Hindustan Times report, the victim was not aware that the advertisement was fake and was uploaded by a cyber fraudster. Mumbai Online Fraud: Man Loses Rs 96,000 While Trying to Pay Electricity Bill Using Google Pay App.

The modus operandi involved a fake advertisement, looking at which the cyber victim called him. The fraudster showed an urgency to sell the scooter and wanted an advance from the buyer to book the product. The complainant sent Rs 15,000 as advance payment and informed that the rest of the payment will be done after the delivery is complete and he gets the scooter.

However, in the next couple of days, he received a call from another fraudster posing as the delivery person. He wanted a transportation cost and kept on demanding more money. So after paying Rs 7,000, the complainant called up the fraudster and asked for his money back. The fraudster readily agreed to it and said that he is sending two collection requests on his e-wallet. The links sent to him were actually to withdraw money and not to send money. In a hurry, he clicked on the links and Rs 70,000 got deducted. The man in total lost Rs 97,000 and a complaint has been filed in Khar Police station.

Last week, a private employee lost Rs 96,000 recently while trying to pay his electricity bill using Google Pay app. The fraudster had updated his own number as the customer care of the digital wallet platform, posing as an official from Google Pay. When the victim whose payment failed, contacted on that number, the cyber fraudster told him that the transaction error which he faced was very common and it will be solved in minutes. The accused then sent a collect request to the complainant and asked him to click on it. The moment the complainant clicked on the link, Rs 96,000 got transferred from his account.

(The above story first appeared on LatestLY on Sep 16, 2019 03:29 PM IST. For more news and updates on politics, world, sports, entertainment and lifestyle, log on to our website latestly.com).