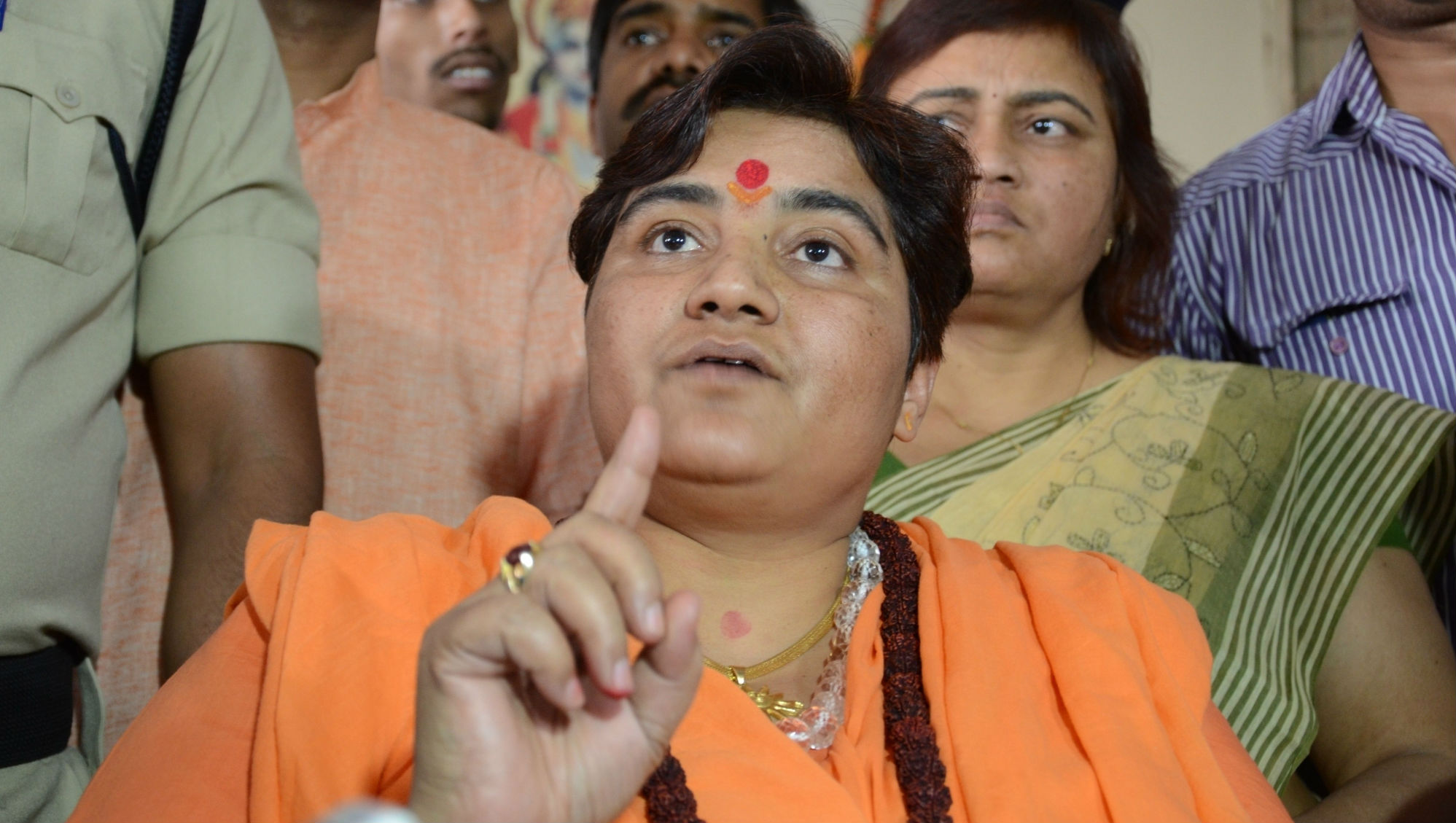 Bhopal, January 14: A suspicious letter has been delivered to Bhopal MP Pragya Singh Thakur at her residence here. The letter allegedly contains a powder-like chemical substance along with some pictures. A team of police officials visited her house in Bhopal on Monday after she complained to the police about the letter which is written in Urdu.

According to reports, Pragya Thakur received an envelop at his Riviera Towne residence in the city through post. When she opened the envelop she found a packet along with the letter.

"The letter contained pictures of Prime Minister Narendra Modi, Home Minister Amit Shah and National Security Advisor Ajit Doval with cross signs on them," Pragya Thakur told the police. She said when she touched the packet she got irritation in her hand. She alleged threat to her life. Amitabh Sinha Does a Pragya Thakur, Says 'Not Opposed to Godse' in Debate Against Kanhaiya Kumar; Twitterati Outraged.

A Forensic Science Laboratory (FSL) team of Bhopal police is examining the letter. Pragya's security has been beefed up after the incident. Akhil Patel, Additional SP, Bhopal said, "She received the letter in October, but she opened it only on Monday. Police is investigating into the matter."

According to sources, the letter also contains the photos of Mumbai terror attack mastermind Hafiz Saeed and a burnt tricolour.

Pragya said she received threat to her life earlier also but the police did not take any action even after she complained.