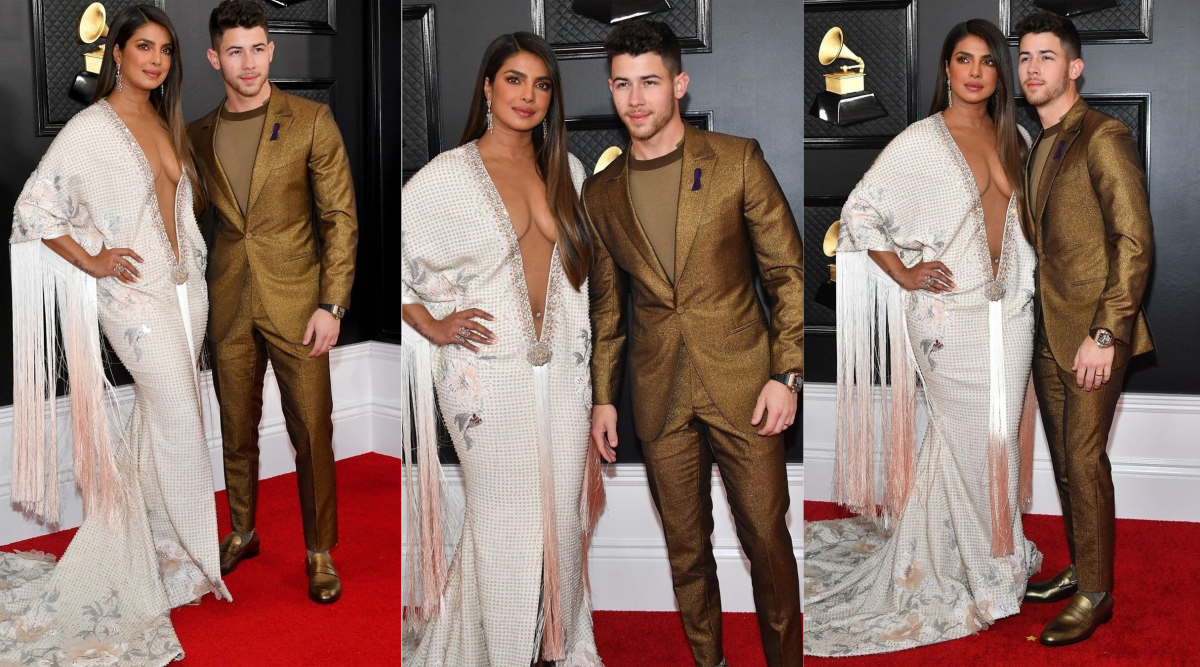 There was never a debate about Priyanka Chopra’s mettle as an actor. But she quite rightly also goes to prove that style comes easily to someone who doesn’t get on the bandwagon of trends. Priyanka never fails to astound fashion lovers and critics alike with her exemplary style play ever since she forayed into the West. She raises the stakes with a million-dollar smile, an affable demeanour, wit, intellect, and charm. This is how Priyanka has us all firmly wrapped around her finger! Tonight, she had us helplessly staring at her as she made that Grammys red carpet debut with Nick Jonas in tow. The duo was a sight to behold as Priyanka stunned in an ivory-toned Ralph & Russo gown while Nick chose an antique gold-toned suit.

Priyanka has been living the glorious American dream to the hilt. As an unstoppable fashion force, she has been on a rampage collaborating with the Hadid sisters’ fashion stylist, Mimi Cutrell and has mastered the rare knack to wade through the trickiest of hues, fabrics, silhouettes, and colours pulling them off with an enviable élan. With this style firmly in place in her phenomenal fashion repertoire, here she goes again, nailing the theme and making us swoon!

It was a Ralph & Russo ivory-toned gown featuring a plunge till the navel, drop shoulders and a front slit with fringes cascading at the back. Sleek hair with a side parting teamed with a nude makeup highlighting her eyes, nude pink lips and cheekbones upped her look delicate earrings and the unmissable engagement ring sealed her style deal. Grammy Awards 2020 Red Carpet Highlights: Check Out all the Big Names who Graced the Awards Night

On the professional front, Priyanka Chopra Jonas was last seen in The Sky Is Pink. She will be seen as Ms. Gradenko in the Robert Rodriguez directed film, We Can Be Heroes. She wrapped up the filming of her next film, The White Tiger with Rajkummar Rao. She will also join the cast of the spy series Citadel with Hollywood star Richard Madden, created by The Russo Brothers - Anthony Russo and Joe Russo with The Family Man directors Raj and DK.