Nativity of Saint John the Baptist 2021: Why Does Quebec Celebrate Saint-Jean-Baptiste Day? From History to Significance, Here's Everything You Need To Know About This Important Holiday

This festival celebrated for more than 100 years is considered one of the most important holidays in Quebec. Here's everything you need to know about this day. 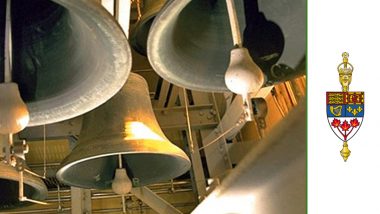 Saint-Jean-Baptiste Day or Nativity of Saint John the Baptist is celebrated on June 24 in Quebec, Canada, by French Canadians. This festival is not only limited to natives in Quebec but many Francophones living outside Quebec also celebrate Saint-Jean-Baptiste Day or ‘Fête Nationale du Québec’ - a national holiday of Quebec.’ A national holiday in Canada,  the Nativity of Saint John the Baptist falls around the time of summer solstice and is celebrated on June 24th this year. This festival celebrated for more than 100 years is considered one of the most important holidays in Quebec. Here's everything you need to know about this day.

What is the History of Saint-Jean-Baptiste Day?

Saint Jean Baptiste Day, is observed on June 24, to mark the day of St John the Baptist, a Jewish preacher who baptized Jesus in the River Jordan. It is widely believed that the summer solstice is directly related to John the Baptist, who baptized his cousin Jesus of Nazareth around that time. The celebrations of this day can be traced back to the 6h century. In the 17th century, French colonists who immigrated to the New World bought the traditions of this day to  North America.

Why Does Quebec Celebrate Saint-Jean-Baptiste Day?

The holiday was observed by French-Canadians without much pomp and pageantry until 1834. In that year Canadian-French journalist Ludger Duvernay visited the St Patrick's Day celebrations in Montreal and was inspired to create a similar event for French Canadians. In 1843 he founded the Saint-Jean Baptiste Society to promote the celebration of Saint Jean Baptiste Day.  In 1908, St John the Baptist was assigned as the patron Saint of Quebec. In the 1900s after World War I the holiday was politicized and became a symbol of patriotism for French Canadians. In 1977  Saint Jean Baptiste Day was recognized as the 'national' holiday of Quebec and it is now celebrated by francophones across Canada.

On this day, Francophones gather and celebrate with outdoor activities, parades, concerts, and fireworks. The white fleur-de-lis on the flag of Quebec is the official symbol of Saint-Jean-Baptiste Day.  The flag is waved and hoisted at Fête Nationale du Québec events.

(The above story first appeared on LatestLY on Jun 23, 2021 09:20 PM IST. For more news and updates on politics, world, sports, entertainment and lifestyle, log on to our website latestly.com).