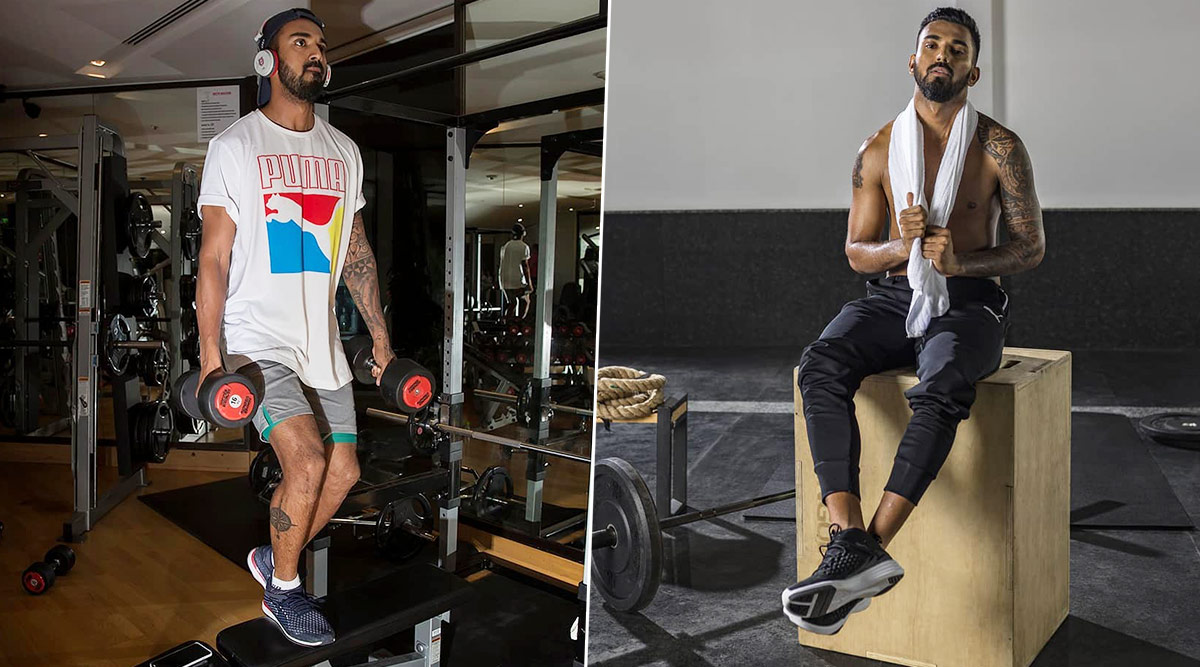 KL Rahul, a right-handed Indian batsman is one of the best players in international cricket. The 27-year-old is a brilliant athlete on the field, something that can be seen with the way he fields and run between wickets. His perfect physique and agility also make him one of the most talked-about and admired sportsperson off the field. Let us discuss KL Rahul's workout regime that keeps him so agile. His training sessions and workout videos would indeed give his fans major fitness goals. Navdeep Saini's Workout: Here's The Exercise Routine That Helps The Indian Bowler Become Menacing Speedster (Watch Videos)

KL Rahul made his Test debut against Australia in the year 2014, while he made his One-Day International (ODI) and T20I debut against Zimbabwe in 2016. He is the third Indian batsman to score centuries in all three formats of cricket. KL Rahul also plays for Kings XI Punjab (KXIP) in Indian Premier League (IPL). With so much going on, let us see the hard work that KL Rahul puts in to keep himself in the best shape and ready for all the challenges and also that makes him one of the fittest cricketers in the world. Shikhar Dhawan Workout and Diet: Explore Fitness Secrets of the Indian Cricket Team Opener (Watch Videos)

KL Rahul being a batsman make sure that he works on his speed and velocity, at the same time develop explosive strength. The Indian batsman works on his wrist mobility as well, which helps him to execute fine cricketing shots. KL Rahul includes weight training to train all his body parts separately. The right-handed batsman also incorporates conditioning training in his exercise where he performs exercises like battle rope, sled push along with weightlifting movement like clean. Just like any other athlete KL Rahul concentrate on his lower body exercises as well as training of core muscles.

No Sundays off if you Beasting 💪🏻🦁 #hustleforthemuscle

KL Rahul's fitness is quite appreciative and his workout videos should inspire youngster to spend time on fitness. Teenage who aspire to become a cricketer like him should indeed take motivation from his training routine. The Indian right-handed batsman will be seen in action against Australia in the upcoming ODI series which will begin from January 14, 2020.