Findings from their study can revolutionise cancer treatment by killing cells that form in low-oxygen environments in the body. Traditional cancer treatment can only target peripheral cells, not the ones in the centre, which can metastasise. 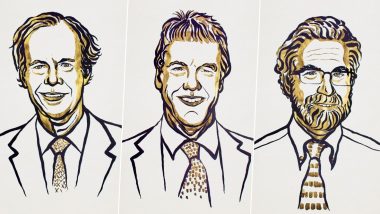 Nobel Prize in Medicine 2019 went to hypoxia researchers William G. Kaelin Jr, Peter J Ratcliffe and Gregg L Semenza for their ground-breaking study on “how cells sense and adapt to oxygen availability.” The three were bestowed with the prize since their findings may enable a better understanding of how the body works and help devise new treatment methods for diseases like anaemia and cancer. Kaelin Jr, Ratcliffe and Semenza’s study helped demystify, in the Nobel Committee’s own words, “one of life’s most essential adaptive processes.” Nobel Prize 2019 in Physiology And Medicine Winner: William G Kaelin Jr, Sir Peter J Ratcliffe and Gregg L Semenza Jointly Awarded Honour.

Oxygen is important for sustaining life. This vital gas is pulled through the air into the lungs and into the air sacs. Once inside the air sacs, oxygen gets into blood vessels called capillaries. There, haemoglobin, a protein, in the red blood cells absorbs the oxygen and transports it across the body. When it reaches the muscle cells, the haemoglobin loosens its grip on oxygen molecules. When blood cells move through the capillaries of the muscle, oxygen is released into the tissues.

Without oxygen to generate energy, cells would collapse and die. Brain, which controls all of the body’s functions, needs 20 percent of the body’s oxygen supply. Without which, the organs get damaged all functions of the body shut down. Although breathing is an involuntary process, sometimes the body may be deprived of oxygen under certain conditions. Nobel Prize for Physiology or Medicine: Who Are James P Allison and Tasuku Honjo and How Did They Revolutionise Cancer Treatment?

Hypoxia is derived from the words “hypo” meaning under or less and “oxia” meaning oxygen. Hypoxia is the condition where the body doesn’t get enough oxygen. Without this life-sustaining gas, the vital organs are deprived of oxygen, causing organ damage in a matter of minutes.

What Does The Nobel-Winning Research Say?

While oxygen is important to the body, it is not always available to the body consistently for a variety of reasons. Lung injuries, high altitudes or COPD restricts the amount of oxygen available for the body. William G. Kaelin Jr, Peter J Ratcliffe and Gregg L Semenza’s research helped understand how cells sense oxygen levels and help human bodies adapt. According to Semenza’s research decades ago, kidneys release erythropoietin (EPO), a hormone which triggers the body to create more red blood cells to increase the transportation of oxygen to the cells.

This is the reason why the human body is able to adapt to atmospheres with rarefied air and still function normally. The mechanism is also exploited by athletes who use dope. The hormone EPO is able to deliver more oxygen to the cells, enhancing sports performances.

Semenza joined hands with Ratcliffe to prove that this oxygen-sensing mechanism was seen in all human beings. Kaelin then identified a gene in patients with a congenital disease, which increases their risk of cancer. By studying the gene, he understood how cancer cells behave in low-oxygen environments.

The trio combined their research together to found a protein called hypoxia-induced factor (HIF) when there is less oxygen. HIF increases EPO production, which signals the body to make more oxygen. Kaelin’s work focuses on the connection between HIF and kidney cancers.

Findings from their study can revolutionise cancer treatment by killing cells that form in low-oxygen environments in the body. Traditional cancer treatment can only target peripheral cells, not the ones in the centre, which can metastasise.

The ground-breaking research can help in enhancing cancer treatment to target cells that can survive chemotherapy and radiation effectively.

(The above story first appeared on LatestLY on Oct 08, 2019 01:30 PM IST. For more news and updates on politics, world, sports, entertainment and lifestyle, log on to our website latestly.com).