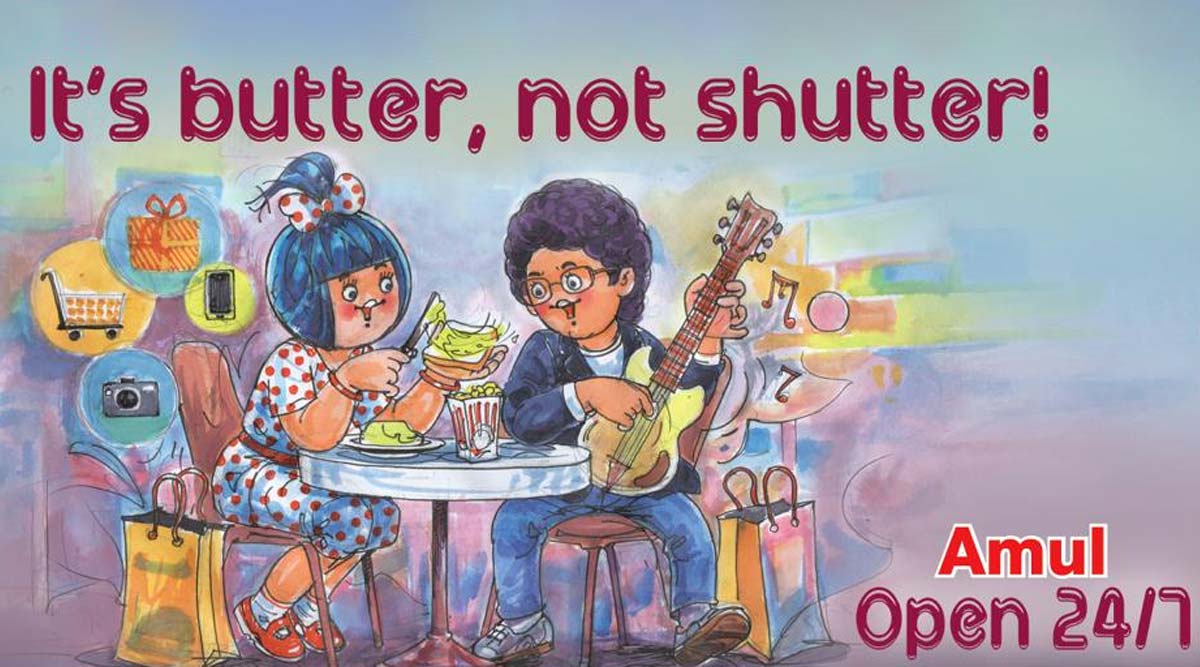 The city of Mumbai will have its shops, restaurants and multiplexes open 24x7, as per the state government. BMC and Mumbai Police gave their permission to establishments to stay open for 24 hours from January 27. And to mark this remarkable decision, Amul India has made a topical ad. The Indian dairy brand which is known to keep up with all the latest trends and happenings from around the world has made a nice ad on Mumbai's 24x7 staying up. The decision to let the city shops, malls and hotels function all throughout was called by state tourism minister Aaditya Thackeray. Mumbai To Have Malls, Multiplexes, Shops & Restaurants Open 24x7 From January 27.

Amul India is known for creatively making ads on all the relevant news, not just in the country but even on an international level. Almost every week, they make an ad that talks of the recent trending topic and designs an ad around it. Recently, they even made a topical on Mumbai Police's mounted unit. For the ad on Mumbai Open 24x7, they show the Amul girl sitting with a guy and applying the butter on bread. The caricature is surrounded with all the icons of restaurants, shopping malls, shops, music and disco lights. The text reads, "Its butter, not shutter." And also adds "Open 24/7" below their logo.

Coming to the decision of staying opening for 24 hours, all days of the week, about 25 malls in the city have been granted permission. Several other shops and restaurants can also stay open throughout the night but the decision on which days to function throughout the clock remains with the owners.  In accordance with the existing rule, the shops and restaurants can serve alcohol only till 1.30 AM.