Some followers criticised Jennie amid her dating rumour with BigBang's G-Dragon. While the criticism is on, Blinks came out in massive support of their favourite K-Pop singer Jennie. #BlinksWithYou, #BlinksWithJennie, #JensettersWithYouJennie are among the few tags running as top trending hashtags on Twitter. 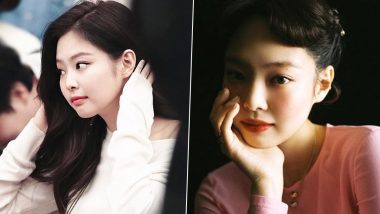 BLACKPINK’s member Jennie is making the headlines, not only for her professional achievements, but majorly for her recent daring rumours with BigBang’s fame G-Dragon. Although, both the K-Pop stars have not confirmed anything about their relationship, many followers criticised Jennie. Even, G-Dragon got no escape, as some expressed discomfort about their relationship. While the criticism is on, Blinks came out in massive support of their favourite K-Pop singer Jennie. #BlinksWithYou, #BlinksWithJennie, #JensettersWithYouJennie are among the few tags running as top trending hashtags on Twitter.

There is no denying that K-Pop stars are treated like royals by their fans. Any sort of criticism to the artists, fans always come out in support. Recently, BTS became a victim of racism by German radio presenter Matthias Matuschik. His hateful ‘jokes’ did not go well to the K-Pop fans, who demanded an apology on social media. When Blackpink’s Lisa was attacked by racist and hatred comments, both Lillies and Blinks took over the internet, showing their support to the K-Pop singer.

Similarly, Jennie’s dating rumours with BigBang’s G-Dragon was backed by the K-Pop fans. It is true when two pop stars, as popular as G-Dragon and Jennie, began to see each other; it creates a massive fan reaction. But it is unnecessary to put on nasty comments on their relationship. After Dispatch reported about the K-Pop stars dating, some followers took to social media to criticise them. Both G-Dragon and Jennie has been facing backlash amid their dating rumours. This is why, “We support you Jennie,” began to trend online, with some questioning why people are commenting on the K-Pop stars’ relationship.

WE LOVE YOU JENNIE. WE WANT YOU HAPPY. BLINKs WILL ALWAYS BE HERE TO STAY WITH YOU!

We Support You Jennie Trend Online

To our dearest Jennie,

You are the kindest & sweetest girl ever. You always think of others before yourself & we always notice that. You're smile brightens every room. We love you always!

BLINKs are always here to support you Jennie, your happiness is our happiness. Please take your time and surround yourself with people who truly love you. Stay strong and healthy nini♡

Some Are Concerned About Jennie

Hi my lovely Jennie Kim 💕 we miss ur updates, I hope ur okay and pls don't forget to put a smile on ur face because we are always here for you no matter what. WE FCKING LOVE YOU MY MANDU♥️

All For Jennie's Happiness

Jennie has the right to be happy, I as a fan support whatever Jennie wants, don't forget to have a blink with you Jenie

BlackPink always with me pic.twitter.com/O52scCdqvT

Both Jennie and G-Dragon are yet to confirm the same officially. YG Entertainment as well did not confirm or deny the same. Besides, like many loyal Blinks would agree, it is their personal life, and there is no necessity to pass on any brutal comments. Whatever they decide, fans are always there to support the K-Pop singers!

(The above story first appeared on LatestLY on Feb 27, 2021 02:05 PM IST. For more news and updates on politics, world, sports, entertainment and lifestyle, log on to our website latestly.com).