The leaked messages from a group chat reveal immensely hateful, mean and racist comments towards Lisa, discrediting her skill and hard work and demeaning her success. #RespectLisa, #SayNoToRacism and #StopRacism hashtags took over Twitter with Lilles and Blinks addressing the issue. 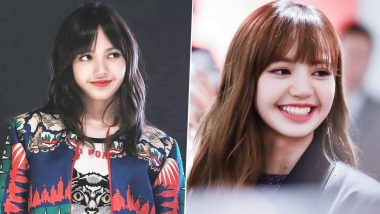 Blackpink member Lisa, once again trended on the internet, but for wrong reasons. The global superstar was attacked by racist and hatred views by some users, screenshots of which sparked outrage online. Soon, #RespectLisa, #SayNoToRacism and #StopRacism hashtags took over Twitter with Lilles and Blinks addressing the issue. The leaked messages from a group chat reveal immensely hateful, mean and racist comments towards Lisa, discrediting her skill and hard work and demeaning her success. It did not only end on Lisa, but even dehumanised Thai people and Thailand in general.

Blackpink recently hosted their first-ever virtual live concert ‘The Show,’ which proved to be a massive success. The controversy started when screenshots of private group chats showing comments against Lisa went viral on Twitter. The rapper has often been dragged into controversial stands, but the latest hateful remarks show how K-Pop celebrities become victims of racism. Lisa was allegedly attacked for her home country Thailand and several offensive comments.

K-Pop fandoms, Blinks and Lillies shared the snapshots of the chats, condemning such heinous acts and claiming that Lisa deserves better than these racist and hateful remarks.

Screenshots of the Leaked Chats

As the screenshots of the chat surfaced online, Lisa’s fans took to Twitter to express outrage and demand respect for the Blackpink singer. Some even went on highlighting to end racism with hashtag #SayNoTorRacism.

a hardworking inspiring bub deserves only good things in the world! #RespectLisa WE LOVE YOU LISA 💗💗💗 pic.twitter.com/x1mB33WsSL

guys please respect lisa ok. Please do not say bad words to her. please do not judge her. She does not deserve negative things. #RespectLisa . imissyou lisa and im your still blinks forever🥰🥰😘😘💗💗💗 pic.twitter.com/7rEVEG2zFK

Be strong lisa we are always here for youre #RespectLisa pic.twitter.com/3lNEzTyAWD

Say No To Racism

WE LOVE YOU LISA

I STAND BY YOU LISA

Say No to Racism

Lisa is one of the most popular K-Pop singers with massive followers. This is not the first time, Lisa has faced such hateful remarks. Because she is the only non-Korean member of Blackpink, people have made racist comments in the past as well.

(The above story first appeared on LatestLY on Feb 03, 2021 09:08 PM IST. For more news and updates on politics, world, sports, entertainment and lifestyle, log on to our website latestly.com).