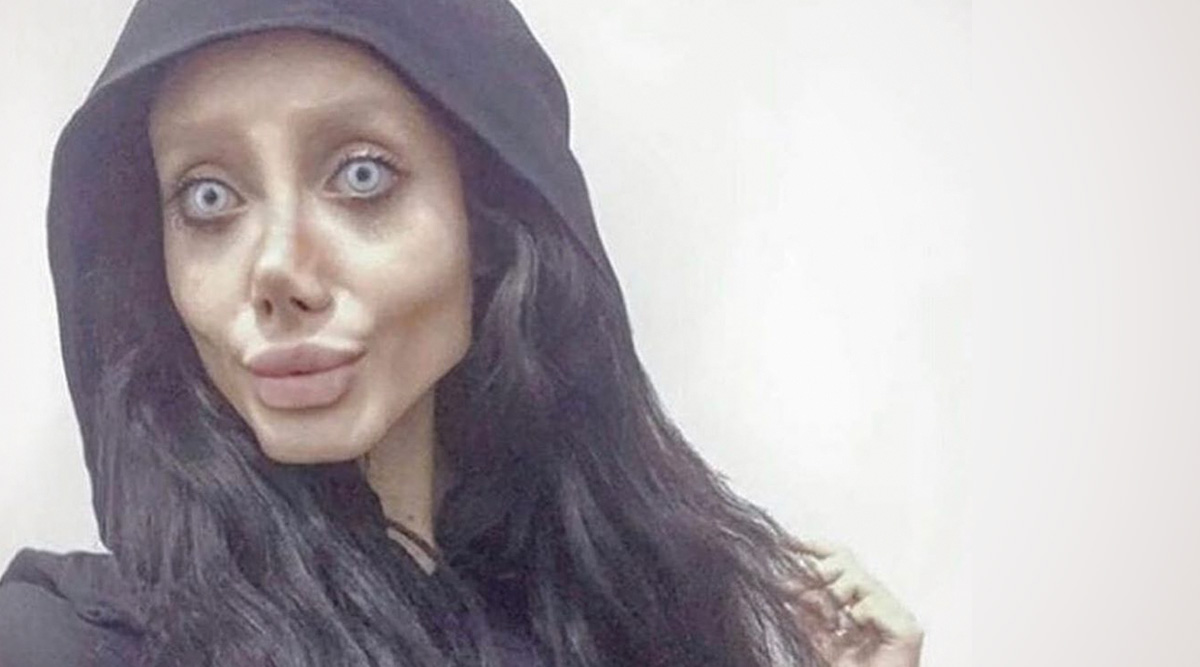 The Iranian Instagram star, Sahar Tabar, who gained popularity for resembling Angelina Jolie with the help of makeup, has reportedly contracted the deadly coronavirus. According to media reports, 22-year-old Tabar, whose real name is Fatemeh Khishvand, is on a ventilator in Iran after she fell ill while in prison for her activity on Instagram. Not much information on her health is immediately available. The lawyers representing Khishvand, had asked for her to be released amid the outbreak but was denied. The US-based Center for Human Rights in Iran said that a judge in the country refused to grant her bail, even though COVID-19 is rife in nation’s prisons. Angelina Jolie Lookalike Sahar Tabar Claims to Have Broken Her Neck in Hospital, Shares Recent Haunting Pictures on Instagram.

“We find it unacceptable that this young woman has now caught the coronavirus in these circumstances while her detention order has been extended during all this time in jail,” a Human Rights lawyer, Payam Derafshan was quoted in a Daily Mail report. Judge Mohammad Moghiseh repeatedly denied Khishvand’s release on bail. Derafshan further alleged that it had become a ‘habit’ for the authorities to ‘deny everything’ after they claimed that the 22-year-old had not caught the deadly virus. “It makes no sense to deny this. The prison director should acknowledge the infection and admit she has been hospitalized,” he added on the same report.

The Angelina Jolie lookalike was reportedly arrested in October last year during a nationwide crackdown on Instagram stars. She faces a slew of charges. Blasphemy, inciting violence and encouraging the corruption of young people, were among them. “Many women in Shahr-e Rey Prison have contacted my colleague and me about the terrible situation inside the prison and the fear that exists among the inmates [due to the coronavirus],” Derafshan was quoted.

The Iranian Instagrammer rose to fame in 2017 after claiming that she had 50 surgeries to look like her favourite Hollywood star. Her hollow cheeks, swollen lips and cartoonish upturned nose, made her the ‘Zombie Angelina Jolie’ of Instagram. It was only last year, when she came out that it was with the help of makeup, that she created the emaciated look. Her Instagram account has been taken down. Instagram is the only social media app available in Iran, with Facebook and Twitter being banned.