David Warner Asks Virat Kohli to Make a Duet Video on TikTok, Says ‘Your Wife Will Set You Up an Account’

Australia's swashbuckling opener David Warner is certainly making the best of COVID-19 lockdown. The veteran batsman has been frequently posting intriguing videos which are grabbing the attention of not just cricket but Bollywood fans. In fact, the 33-year-old also wants another cricketer to join him as well. He has already influenced his opening partner Aaron Finch to make TikTok videos and his next aim is Indian skipper Virat Kohli. Warner has asked the right-handed batsman to make a duet video on TikTok. The Aussie star even said that Indian skipper's wife Anushka Sharma would help him in setting up an account. David Warner Turns Thor in His Latest TikTok Video, Calls His Acting ‘Horrible’ (View Post).

The episode started over Warner’s latest TikTok video in which he can be seen grooving to Housefull 4’s popular song ‘Bala’ which featured Akshay Kumar. The Aussie batsman brilliantly performed the hook step of the song and the comment section of the post was filled with praises. In fact, Akshay himself lauded Warner’s effort by commenting: ‘Absolutely! Nailed it.’ Have a look. David Warner Shakes a Leg to Popular Track ‘Pakka Local’ Along With Wife Candice, Wish Jr NTR On His Birthday (Watch Video).

When Kohli came across Warner’s latest antics, he was left in splits as he dropped four laughing emojis. Replying to the top-ranked ODI batsman’s comment, Warner wrote: “@virat.kohli you are next bro come on a duet. Your wife will set up you an account.” 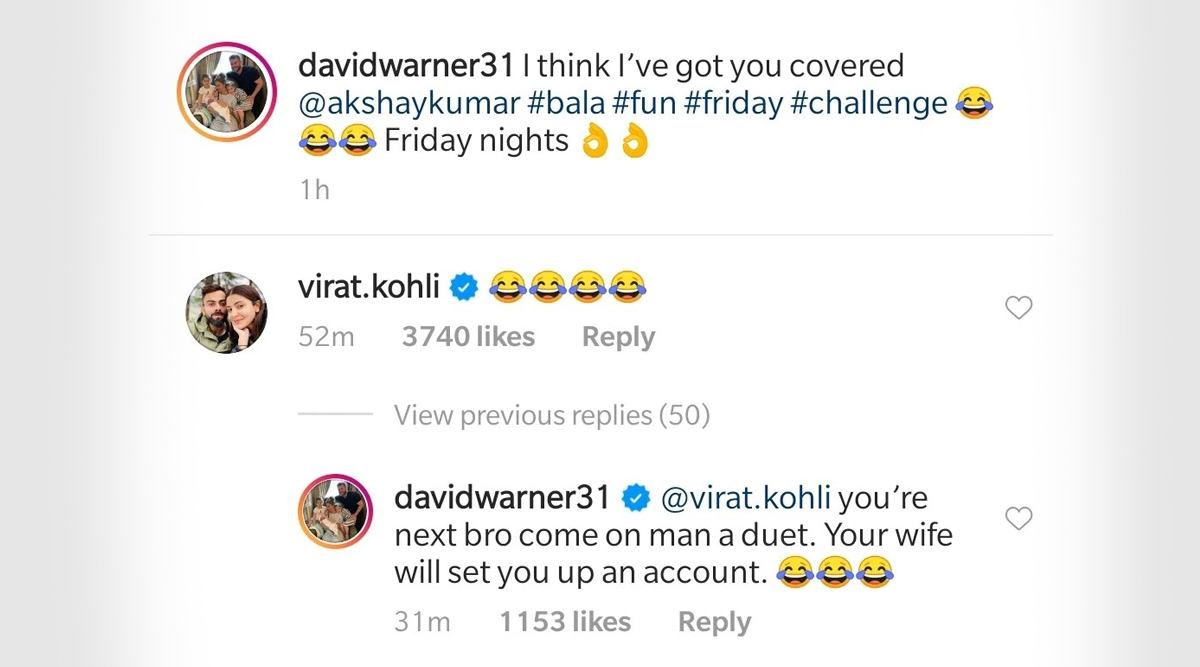 Well, it will be interesting to see whether Kohli will accept Warner’s request and make a debut on TikTok or not. Recently, Anushka Sharma shared a video in which Kohli was seen walking like a dinosaur and the clip got viral in no time. So, the talismanic batsman certainly has a funny side and a TikTok video featuring him will surely bag a lot of attention.