Dhaka Platoon vs Sylhet Thunder, BPL 2019-20 Live Streaming Online on DSport and Gazi TV: Get Free Telecast Details of DHP vs SYL on TV With T20 Match Time in India 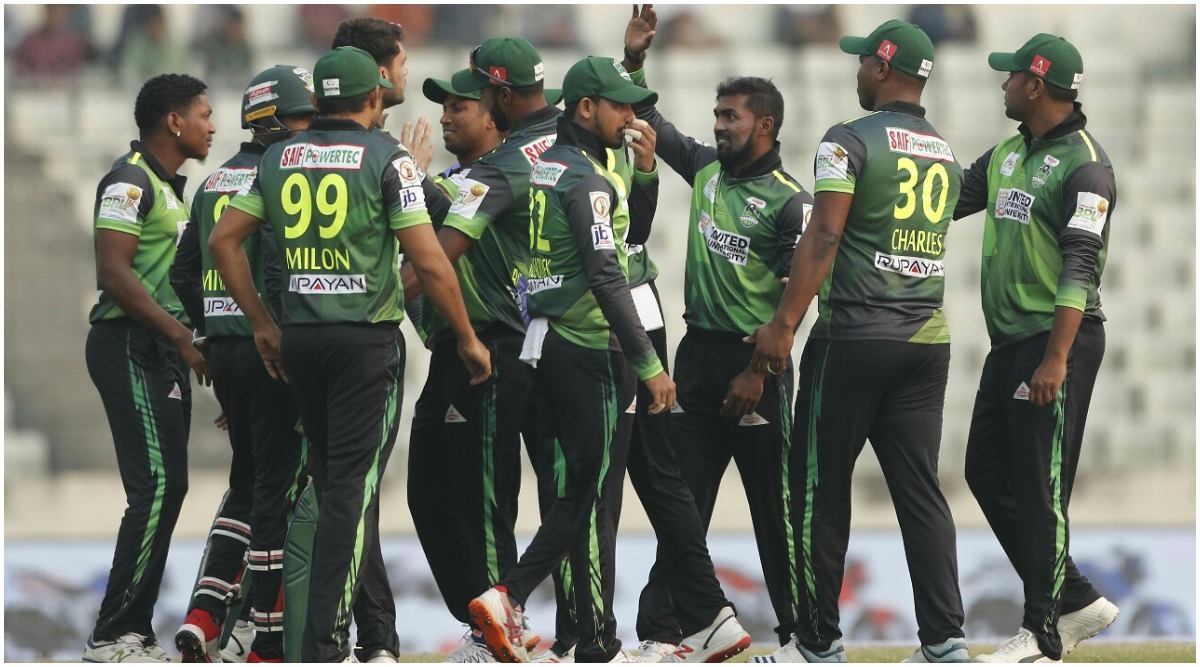 Dhaka Platoon got their first win of the campaign on Friday where their total of 180/7 proved too much for the Warriors to chase as they won the match by 20 runs. Thisara Perera was their best performer as the Sri Lankan shone with the bat as well as the ball. He scored a quickfire 42 off just 17 deliveries and also took five wickets for just 30 runs in his quota of four overs. Platoon’s will be expecting more of the same from him in this match as well. Thunder’s, on the other hand, are enduring a tough start to their campaign as they are yet to win in the two matches played so far. They were underwhelming in both their matches and Herschelle Gibbs’ men need to get their tactics right if they are to record the first win of the season. Bangladesh Premier League 2019–20 Points Table.

Match 8 of the Bangladesh Premier League 2019-20 between Dhaka Platoon and Sylhet Thunder will be played at Sher-e-Bangla Stadium in Mirpur, Dhaka on December 14, 2019 (Saturday). DHP vs SYL match is scheduled to begin at 06:00 pm IST and 06:30 pm local time.

How to Watch Live Telecast of Dhaka Platoon vs Sylhet Thunder, BPL 2019-20 in India (TV Channel and Broadcast Details)

Dhaka Platoon vs Sylhet Thunder match will be telecasted in India on DSport as it is the official Broadcaster on Bangladesh Premier League 2019-20. Maasranga Television will telecast the DHP vs SYL match for fans from Bangladesh as they have received the official broadcasting rights. BPL 2019-20 matches will be telecasted by Fox Sports in Australia and by Geo Super in Pakistan.

Where to Get Free Live Streaming Online of Dhaka Platoon vs Sylhet Thunder, BPL 2019-20 Match?

FanCode is the official streaming partner of the Bangladesh Premier League 2019-20 in India and will live stream the Dhaka Platoon vs Sylhet Thunder match. Gazi TV (GTV) will be streaming the DHP vs SYL match live for fans in Bangladesh. Fans from Australia can stream BPL 2019-20 live on Foxtel Sports and Kayo Sports while Geo TV will be streaming the matches live in Pakistan.

Dhaka Platoon and Sylhet Thunder find themselves in the wrong half of the points table and will be looking for a win in this encounter to gather momentum for the later stages of the competition.