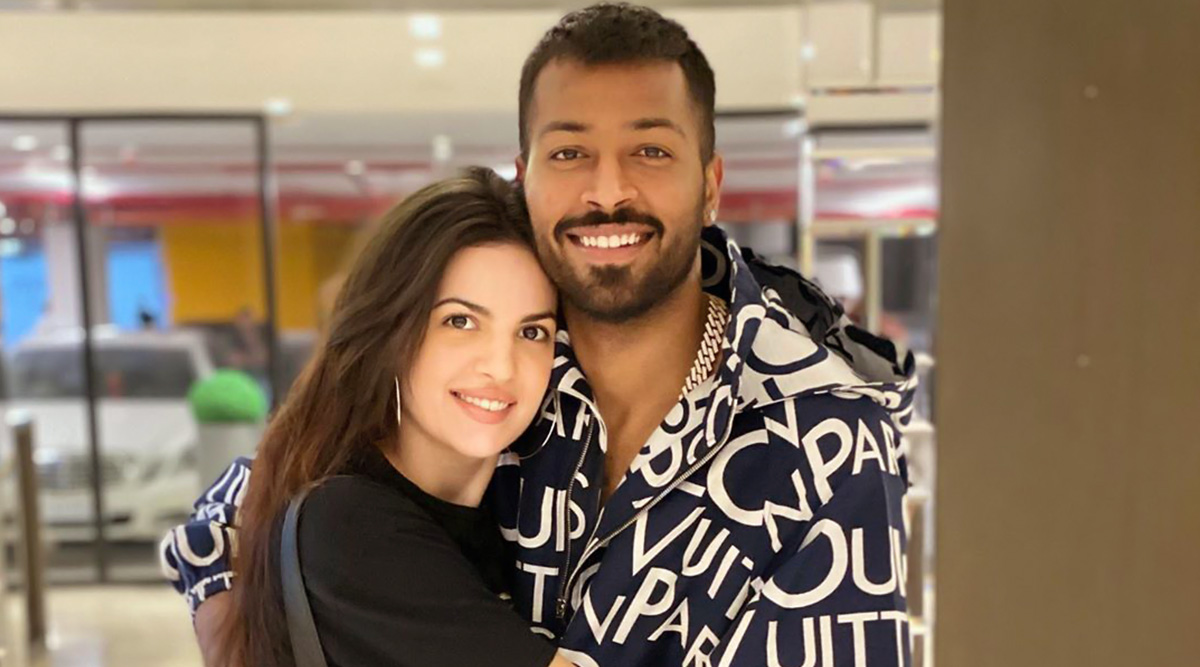 Indian all-rounder Hardik Pandya recently shared an adorable photo of himself and fiancee Natasa Stankovic on his social media account. Pandya got engaged to the Bollywood actress earlier this month and it was a welcome surprise to his fans as well his family. After his engagement, Hardik’s father Himanshu said that he had no idea about the all-rounder's proposal plans and was just as stunned as everyone. Natasa is a Serbian actress who made her Indian cinema debut with Satyagraha which was directed by Prakash Jha. She has also appeared in a popular TV show called Big Boss, where she was in the house for a month. Hardik Pandya Gets Engaged to Natasa Stankovic as Indian All-Rounder Goes Down on One Knee to Propose To His Girlfriend (See Pics and Video).

Speaking of Hardik Pandya, the all-rounder has not taken part in a competitive game for India since September 2019 when he played in a T20I match against South Africa. The 26-year-old was suffering from a back injury for which he underwent surgery in October 2019 in London. There were a lot of speculations whether Pandya will travel with India for their tour against New Zealand but after failing a fitness test, he was left out of the squad. It is also understood that he needs to play at least one domestic game for Baroda before being considered for a national team comeback. Hardik was asked by the Indian cricket management to complete his rehab at the NCA under the watchful eyes of Rahul Dravid. Hardik Pandya Shares Exercise Video on Instagram, All-Rounder Hints at Return to International Cricket.

Pandya said that he will be ready for the second half of the tour against New Zealand but his chances of joining the squad look very slim. After the tour of New Zealand, India take on South Africa at home for a three-match One Day series at home in March 2020. The 26-year-old might return in that series and will also be an important player for Indian in the upcoming ICC T20 World Cup in October.