India vs Australia 2nd ODI 2020 Match Preview: With Eye on Comeback, Men in Blue Aim to Leave Behind Wankhede Drubbing 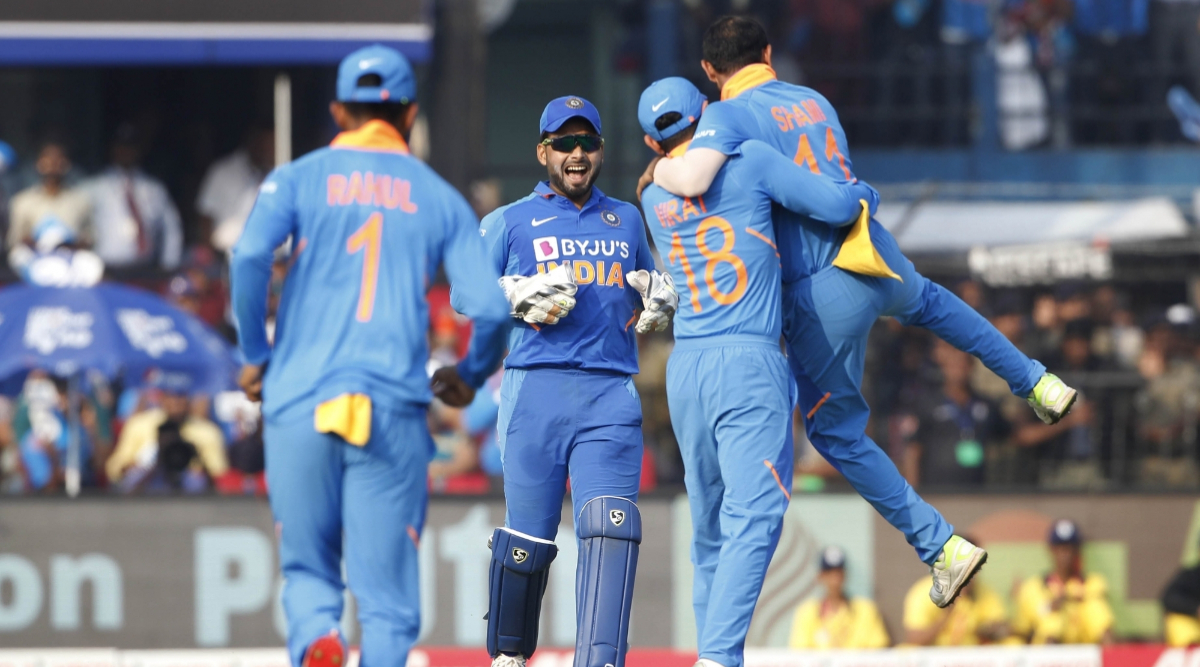 Rajkot, January 16: Team India will look to leave behind the drubbing they faced in Mumbai and draw level in the second ODI against Australia set to be played at the Saurashtra Cricket Association Stadium on Friday. The Men in Blue will go into the second ODI on the back of a crushing 10-wicket defeat they faced at the Wankhede. The hosts will be without wicket-keeper batter Rishabh Pant in the match where they would be keen to prevent their second straight ODI series loss against Australia at home.

Pant was struck on the helmet by a ferocious bouncer bowled by leading pacer Pat Cummins in the first ODI and was subsequently ruled out with a concussion. K.L. Rahul, who took the gloves in his absence in Australia's innings, is likely to continue in the role. India vs Australia ODI Series 2020 Schedule in IST, Free PDF Download: Get Fixtures, Time Table With Match Timings and Venue Details of Australia Tour of India.

However, it still remains a doubt where Rahul will bat. In Mumbai, he was slotted at No. 3 and Virat Kohli came at No. 4, which the Indian skipper himself felt didn't augur well for the team. With Pant not playing, India might go with all-rounder Kedar Jadhav, who can provide with more than handy bowling option. What Team India will be more keen about in the Rajkot ODI would be to bring in more intent and aggression in their batting. They posted 255 after being asked to bat on a pitch which was generally a batting paradise.

The hosts couldn't capitalise on a strong second-wicket partnership of 121 between Shikhar Dhawan and Rahul and a below-par performance from the lower-middle order saw them reach a modest total which was chased down easily by Australia. Thus, as Kohli said, the hosts would need to be on their toes throughout the course of their innings and make sure they didn't give an edge to a formidable Australian bowling unit.

"I think people need to relax and not panic with one game, I'm allowed to experiment a little bit and fail as well at times. You lose games here and there," Kohli had said after the Mumbai loss and fans would hope that it was just a one-off performance.

On the other hand, the visitors would simply want to replicate the performance and would be unwilling to make any changes to their playing XI. Their bowling attack performed to a plan and Aaron Finch would expect his boys to do just the same.

Finch and David Warner's tremendous centuries at the top of the order didn't allow a chance for Marnus Labuschagne to bat on his debut, and thus all eyes will be on him in the second game. The last time Australia played an ODI series against India in the sub-continent, they came from behind at 0-2 and went on to win the five-match series 3-2. This is the same thing which the Men in Blue would be hoping for when they enter the SCA Stadium.