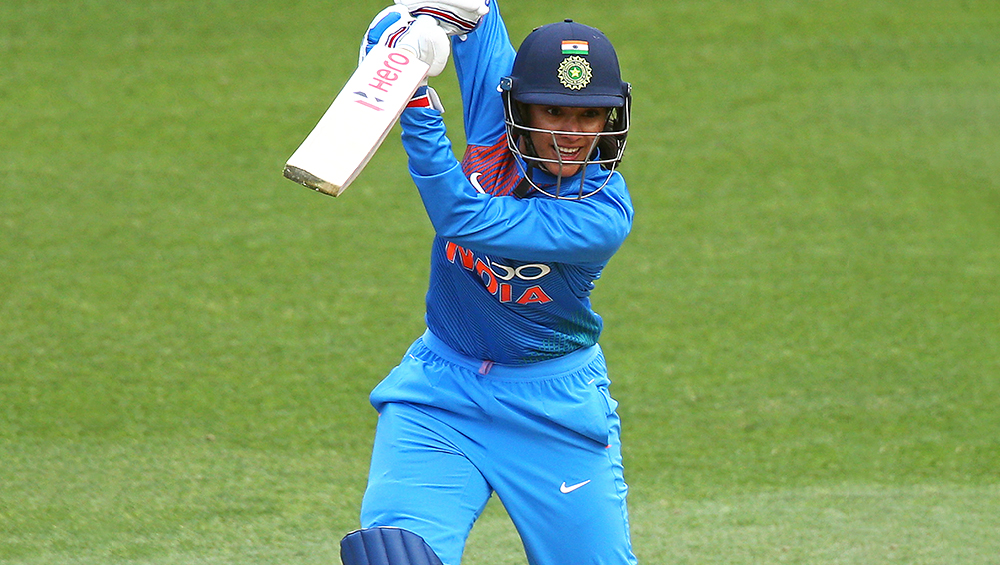 In what came as a major injury blow to Indian women, opening batswoman Smriti Mandhana was ruled out of the three-match ODI series against South Africa after fracturing her right toe. 20-year-old seam bowling all-rounder Pooja Vastrakar has been named her replacement. World No 1 batswoman in the ICC Women’s ODI Batting rankings for, Mandhana fractured her toe after being struck by the ball during Indian women team’s training sessions. She was batting in the nets when the incident occurred. The 23-year-old’s injury will now be assessed by BCCI’s medical team.

The toe injury has also put Mandhana’s participation in India next series against the West Indies at risk. "It's a mild fracture," said Indian Women’s head coach WV Raman before informing that severity of the injury is still unknown. “The call will be taken after assessment by the physios in the NCA and we'll take it as it comes along. It's difficult to fix a timeline right away. She still needs to get an MRI done, for that the swelling has to reduce. So once that is done, an assessment will be done by the head physio at NCA,” Raman was quoted as saying by ICC’s official website.

Smriti Mandhana, the No.1 batter in the @MRFWorldwide Women's ODI Rankings, has been ruled out of India's ODI series against South Africa with a fractured toe.

Seam-bowling all-rounder Pooja Vastrakar has been called up as her replacement. pic.twitter.com/fwwgGR5B0b

Meanwhile, Raman was also asked on why a seam-bowling all-rounder was named instead of a more conventional like-for-like replacement. The 54-year-old former Indian international explained that the decision was made to hit two targets with one swoop – test the best strength as well as make use of the talent pool available.

Pooja Vastrakar, who hails from Madhya Pradesh, made her India debut last year against South Africa. She has so far played six ODIs and has one half-century to her name but no wickets. The 20-year-old all-rounder has, however, been an instant hit in the shortest format of the game. In 14 T20Is for India, Vastrakar has fetched 12 wickets with best figures of 3/6 that came against Malaysia Women.

"We do have a reserve opener in Priya Punia, if Smriti was fit I don't think she would have been playing. So that base is covered. And we also tried to see the kind of all-round talent that we have. That's the reason why she [Vastrakar] is being drafted in,” said Raman.

India Women’s Captain Mithali Raj also saw the positive side to Mandhana’s injury. “She [Mandhana] is an experienced player," Raj said. "But other players, like Priya Punia, have scored a lot of runs in the domestic games. This series is not part of the ICC Women's Championship. So that way it's a chance for us to try out new players. And I am positive that whoever gets a chance will utilise it fully."

India won the rain-hit six-match T20I series 3-1 against South Africa and will now face them in a three-match OSI series with the all the games set to be played at the Vadodara Stadium. The first game will be played on October 9.