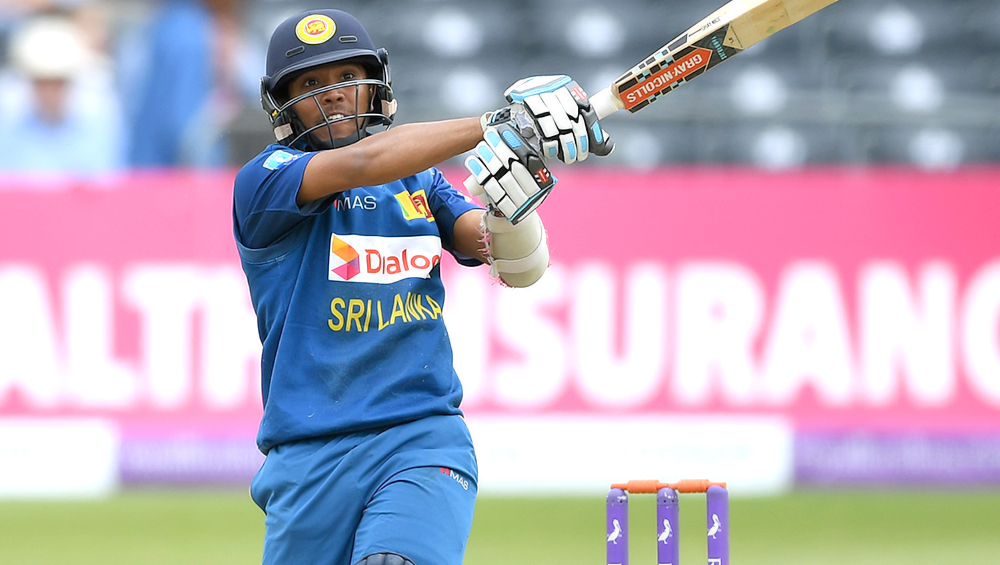 Hambantota, February 26: Avishka Fernando and Kusal Mendis hit centuries as Sri Lanka thrashed the West Indies by 161 runs in the second one-day international to clinch the series on Wednesday. Fernando, who blasted 127, and Mendis, who made 119, put on 239 runs in Sri Lanka's highest third-wicket stand as the hosts amassed 345 for eight after being put into bat in Hambantota.

Wrist spinners Wanindu Hasaranga and Lakshan Sandakan took three wickets each as Sri Lanka bowled out the visitors for 184 in 39.1 overs and take an unbeatable 2-0 lead in the three-match series after edging the first game by one wicket. Sri Lanka vs West Indies, Match Highlights.

"The way Kusal and Avishka batted. The intensity is what I'm expecting from the boys. Be confident and play their natural game," skipper Dimuth Karunaratne said after the win. "(Wristspinners) are the wicket-taking bowlers. Last few years we didn't have that in one-day matches, so hopefully they'll continue in the next matches as well."

Sheldon Cottrell struck twice on successive bals in the fourth over of the match to send back Karunaratne, for one, and Kusal Perera, for nought in his 100th ODI, before Mendis denied the bowler his hat-trick.

Mendis got one reprieve on two when West Indies skipper Kieron Pollard dropped a simple chance at first slip off Jason Holder. He went on to score his second one-day hundred. Mendis and Fernando, who hit his career-best ODI score in 123 balls, smashed 22 fours between them.

Fast bowler Alzarri Joseph finally claimed the centurions in the space of 14 deliveries, and then bowled former captain Angelo Mathews for one. Cottrell dented Sri Lanka's middle-order with the wickets of Thisara Perera, for 36, and Dhananjaya de Silva, for 12, to end with figures of 4-67.

But Hasaranga, 17 off 10, and Isuru Udana, unbeaten 17 off nine, put on 29 runs for the eighth wicket to make Sri Lanka finish with a flourish. West Indies were never in the chase despite a 64-run opening stand between Shai Hope, who top-scored with 51, and Sunil Ambris.

Ambris, who was dropped by Sandakan on seven off paceman Nuwan Pradeep, was the first to depart after being run out for 17. Hope completed his 16th ODI half-century but soon fell to Mathews. Hasaranga was spot on with his leg spin googly as he bowled Pollard for a first ball duck and castled Jason Holder for three.

A floodlight failure delayed Sri Lanka's victory march by 15 minutes as Pradeep, who took two wickets, and Sandakan combined to wipe off the tail. "Disappointing for us to lose in this manner and we can pinpoint on a lot of things, but overall as a team we are disappointed with how it went," said Pollard. "Hopefully come back strong in the next game." The final match is in Kandy on Sunday.