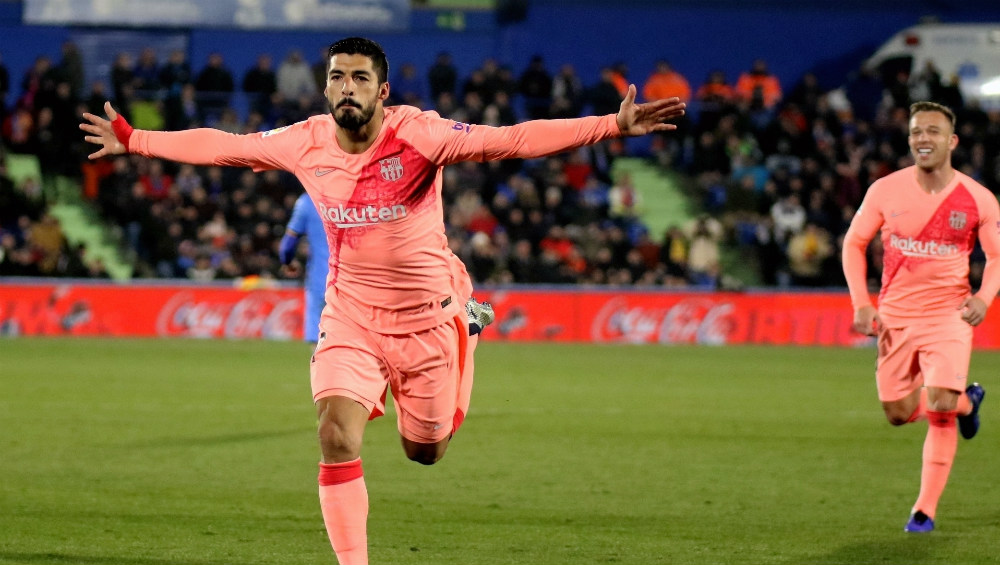 La Liga players are set to return to training later this month with hopes of a mid-June restart for the 2019-20 season. Barcelona have received a huge boost in their title challenge as the Catalan club will have Luis Suarez available for remaining matches as the striker is closing in on a return. The Uruguayan has been out since early January due a knee injury and was expected to miss the remainder of the season. Lionel Messi & Team to Undergo Medical Tests Ahead of Commencement of Remaining Season of La Liga.

However, Luis Suarez could have a huge role to play for the Catalan side as he is expected to recover in time before the 2019-20 season is concluded. The current La Liga campaign was suspended mid-march due to the coronavirus pandemic and with the season taking longer than expected to be completed, Suarez is set to return ahead of its resumption. Xavi Hernandez Reveals Why He Turned Down Head Coach Job at FC Barcelona.

Barcelona’s assistant coach Eder Sarabia, has given a positive update on Luis Suarez as he said that the Uruguayan can be like a new signing for Quique Setien and his team as he is working like a ‘savage’ to return quickly. Luis Suarez Continues to Train From Home As He Edges Closer to Barcelona Return.

‘We have a lot of hope that Suarez will be a very good signing until now there’s been a winter and summer window, and now there’s a confinement window too.’ Sarabia said during an interview with the club’s official website. ‘We’ve seen him work like a savage each day, working and trying to get back as soon as possible. I saw all the goals he scored at Barca and I’m drooling.’ He added.

The return of Luis Suarez will be a huge boost for Barcelona as the Uruguayan has been out of action since before the Quique Setien’s managerial reign. The 33-year-old has been one of the most important players for Barcelona this season, scoring 14 times in 23 appearances before his injury.