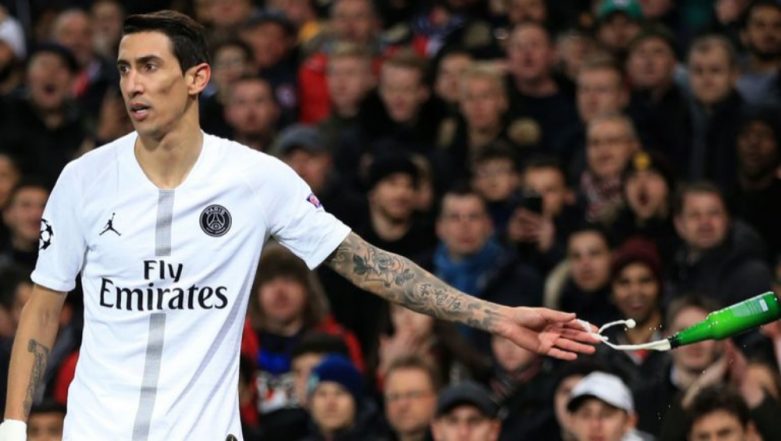 It was during Manchester United vs PSG match, round of 16 Champions League 2018-19 tie at the Old Trafford, that a few fans of the hosts hurled a beer bottle at Angel Di Maria. The PSG footballer pretended to take a swig from the bottle of beer and threw it away. The fans even booed the player during the match. The PSG fans have also come under the scanner for throwing objects, setting off fireworks, acts of damage and crowd disturbance.

As per reports, approximately 800 seats were damaged due to the fireworks. The netting for the specially abled fans was also ripped off. The fans from PSG also went on to damaged Manchester tram and left with PSG stickers stuck to the roof. Manchester United Fans Hurl Beer Bottle at Angel di Maria During Champions League 2018-19 Tie; PSG Footballer Takes ‘Hold my Beer' Challenge to Another Level (Watch Video).

“We are aware of a report that a plastic bottle was thrown onto the pitch during the game and a man was removed from the stadium by club stewards. We are also aware that seats in the stadium were damaged, and we have been in conversation with the club regarding this matter,” said Rose. The case will be dealt with by the UEFA Control, Ethics and Disciplinary Body on February 28.