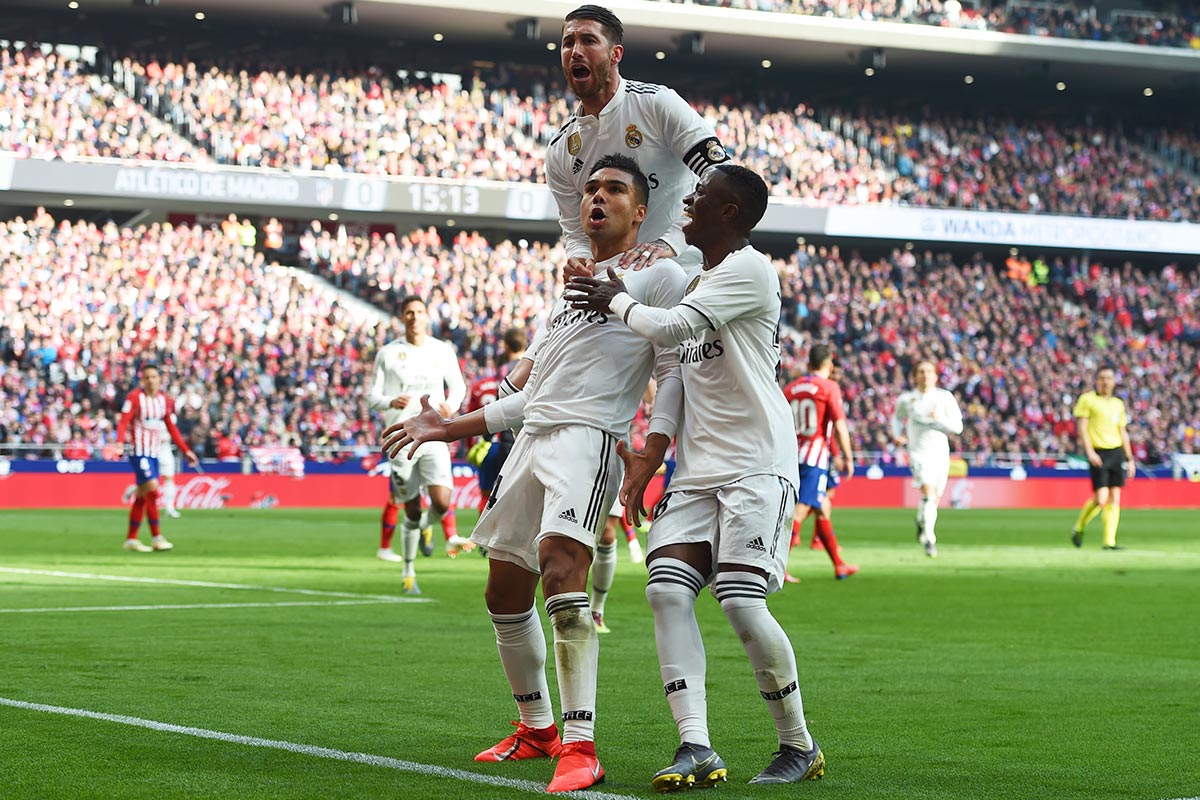 Manchester City take on Real Madrid in the last 16 of the UEFA Champions League in what promises to be a thrill a minute ride. Pep Guardiola's men have been banned from the Champions League for the next two seasons, leaving the fate of the squad in the balance. There could be wholesale departures and hence this two-legged45 tie with Los Blancos assumes greater significance. Real Madrid vacated their position at the top of the La Liga over the weekend after a loss to Levante. Zinedine Zidane will be looking for an instant response from his men who have played some exquisite football this season. City Travel to Spain in Hope of Keeping Season Alive Amidst Champions League Future Doldrums.

Eden Hazard made his comeback from a hamstring problem recently but is now expected to miss two months of football with an ankle problem. The Belgian skipper is having the campaign to forget so far with poor fitness record. Rodrygo and James Rodriguez are not part of the matchday squad while Gareth Bale makes a comeback. Karim Benzema will shoulder the attacking responsibility for Madrid with Casemiro and Toni Kroos controlling the midfield. Luka Modric may well make way for Federico Valverde with the youngster preferred for his energy and defensive acumen. RM vs MCI Dream11 Prediction in UEFA Champions League 2019–20.

Raheem Sterling has trained with the rest of the Manchester City squad and Pep Guardiola could hand the England international a start. He will have Sergio Aguero and Riyad Mahrez for company in an attacking 4-3-3 formation. Kevin de Bruyne is the chief playmaker in midfield with Rodri shielding the back four. Skipper David Silva should be the calming influence for Manchester City in the middle. Real Madrid’s Eden Hazard Suffers Right Ankle Fracture Ahead of Manchester City Clash.

Real Madrid vs Manchester City in UCL 2019-20 will be played at the Santiago Bernabeu. The RM vs MCI match will take place on February 27, 2020 (Wednesday mid-night) and is scheduled to start at 01:30 am IST (Indian Standard Time).

SonyLiv, the OTT of Sony Network, will also be live-streaming the Real Madrid vs Manchester City match for its online fans. Viewers can follow LatestLY for the live score updates of RM vs MCI UCL 2019-20 Round of 16 clash. Manchester City are a world-class team and they are more than capable of scoring at the Santiago Bernabeu. Real Madrid will be favourites though considering they are playing at home.