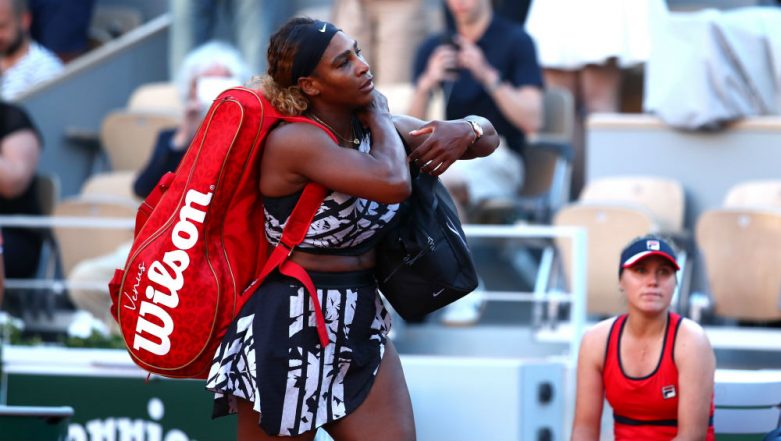 Serena Williams, the three-time Women's Singles French Open champion, has been knocked out of French Open 2019 after her compatriot and 20-year-old American Sofia Kenin beat her 6-2, 7-5 in round three of Roland Garros 2019 at the Philippe-Chatrier court of Roland Garros. The upset came on the seventh day of the 2019 French Open at Roland Garros on June 01, 2019.

Williams had come to Paris with an eye on winning the record-equaling 24th Grand Slam title. The 23 time Grand Slam winning champion failed to lift a major title since her return last year and that wait extends now. Williams is currently ranked World No. 10 and her opponent Sofia Kenin ranked World No 35. This was the first head-to-head meeting of Serena Williams and Sofia Kenin in their careers.

Serena Williams faced Russia's Vitalia Diatchenko in her first round match. Williams lost the opening set she played and did not look her dominating best. However, the 23-time Grand Slam winning champion used her experience and won the match 2-6, 6-1, 6-2 vs Vitalia Diatchenko on Monday. However, Williams beat K Nara of Japan easily in round two and dominated her Chinese opponent 6-3, 6-2. But Sofia Kenin dominated the American great and beat Williams in straight sets. This is the first time since Wimbledon 2014 that Williams has been ousted in the first week of a Grand Slam.