As per a recent report from Android Authority, the OnePlus 7 and 7T series users will not have to wait for much for the new over-the-air (OTA) OxygenOS 11 update. 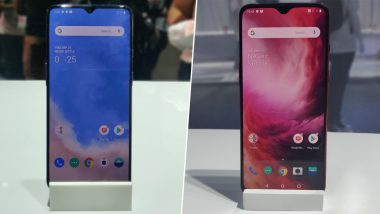 The rest of the OnePlus 8 series including the OnePlus 8 and the OnePlus 8 Pro had started receiving the over-the-air (OTA) OxygenOS 11 update from October 1. However, there are no details on how soon the update will arrive on the OnePlus Nord affordable phone.

The year 2020 has been quite a busy one for the Chinese phone maker, and the OxygenOS 11 is a big release for the brand. The update not only brings best features from Android 11, but also will offer features like Always On Display and a revamped weather app.

Once the Android 11 OTA update is rolled out on the OnePlus 7 and 7T series, next inline products to receive the update will be OnePlus 6 and OnePlus 6T phones. However, the company recently rolled out the OxygenOS 10.3.6 update with September 2020 Android security patch with some improvements and bug fixes. The phone maker has confirmed that OnePlus 6 and OnePlus 6T phones will also receive the Android 11-based OxygenOS 11 update in the future.

(The above story first appeared on LatestLY on Nov 20, 2020 11:58 PM IST. For more news and updates on politics, world, sports, entertainment and lifestyle, log on to our website latestly.com).