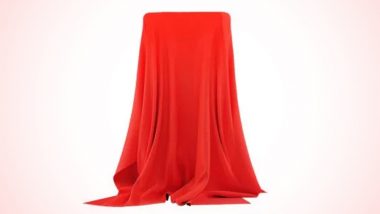 Apple, the Cupertino-based technology giant is certainly finding it difficult to keep the information under wraps for its upcoming iPhone 9. The upcoming affordable iPhone had been in news for quite sometime now, courtesy of several leaks surfacing on the internet. We have also seen several reports claiming that the upcoming Apple handset will be called iPhone and iPhone SE 2. Apple Reveals iOS 13.4.1, iPadOS 13.4.1 With Bug Fixes, Performance Improvements &#038; Security Enhancements.

However, it seems like the company will be officially christening the device as iPhone 9. This can be confirmed from a listing that emerged on the Chinese e-commerce website - JD.com ahead of its debut next week. As a reminder, the company is rumoured launch the much-awaited iPhone 9 on April 14.

Going by the listing on the e-commerce site, it appears to be placeholder listing with no specific specifications of the phone. Also, the listing doesn't reveal any launch date either. However, it does confirm the existence of the phone, which is more important. As far as the specifications are concerned, the Apple iPhone 9 is rumoured to get a similar design as that of iPhone 6. It could sport a 4.7-inch LCD with a TouchID. According to the report from 9to5Mac, the iPhone 9 might employ company's A13 Bionic chipset. Apple's New 13-inch MacBook Pro Reportedly To Be Launched Next Month.

The leak also suggests that the forthcoming iPhone 9 will be an entry-level offering from Apple with same Touch ID enabled home button, which was seen on the previous generation iPhones. The company is expected to ditch the FaceID technology for keeping costs low. Several reports also suggest that launch of iPhone 9 is around the corner. As the entire world is struggling with lockdown situations to contain the Coronavirus outbreak, it would be interesting to see how the company makes the phone available to the buyers.

(The above story first appeared on LatestLY on Apr 09, 2020 12:28 AM IST. For more news and updates on politics, world, sports, entertainment and lifestyle, log on to our website latestly.com).