The annual event is scheduled to kickstart with a keynote speech at 10 am PDT which is 10:30 pm IST. It is important to note that this event will be an all-digital event because of the Coronavirus crisis. 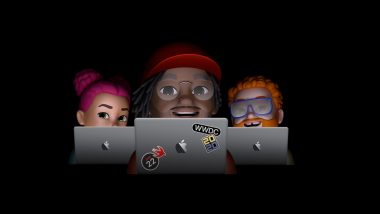 Apple will be hosting its 31st Worldwide Developers Conference (WWDC) event from today onwards. The annual event is scheduled to kickstart with a keynote speech at 10 am PDT which is 10:30 pm IST. It is important to note that this event will be an all-digital event because of the Coronavirus crisis. Notably, it is the first time when the Cupertino-based tech giant will be hosting its WWDC event online. The annual developer's conference is free for everyone and they can watch it on Apple’s official YouTube channel. The event is scheduled to run until June 26, 2020.  Apple WWDC 2020: iOS 14, New Hardwares, MacOS 10.16 To Be Announced Tomorrow; Here's Everything You Need To Know.

Apart from the official YouTube channel, the event will be live-streamed on Apple website, Apple Developer website and app. The fans can also watch the 2020 keynote online on Apple TV by using the Events app. Moreover, the interested fans can also set a reminder on the YouTube app for getting notifications notified about the WWDC 2020 event. Apart from the keynote speech, no other sessions will be streamed online via YouTube. So, the fans willing to watch other sessions will have to switch to the Developer site or app.

Apple's Platforms State of the Union session will begin at 2 pm PDT today which is around 2:30 am IST. Additionally, Apple will also be hosting more than 100 engineering sessions between June 23 and June 26, 2020. The videos of the sessions will be posted each day at 10 am PDT that is around 10:30 pm IST.

As always, Apple is expected to showcase the upcoming software developments during the WWDC event. For the last few years, we have seen the company inclining towards hardware development as well, with products such as HomePod and the Mac Pro that were revealed at WWDC in 2017 and 2019, respectively. The company is expected to follow the same technique this year as well. Apple might launch the new iMac desktop which is expected to carry T2 coprocessor and AMD Navi GPU. 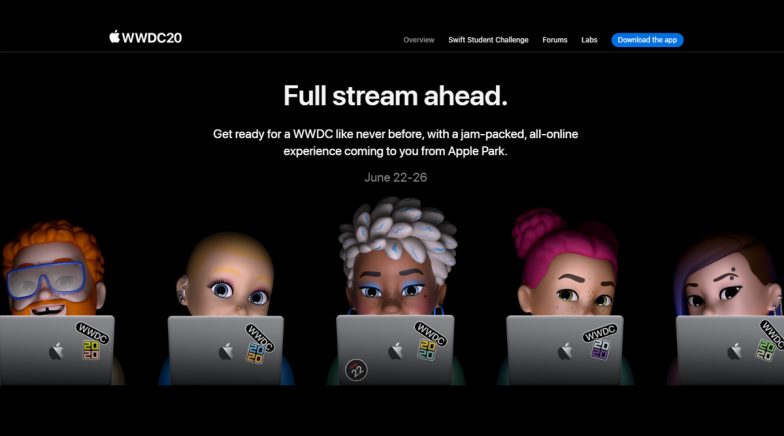 Apart from the hardware advancements, the company will also be making announcements regarding the software front. Apple is believed to introduce new versions of iOS, iPadOS, macOS, watchOS, and tvOS during the 2020 WWDC event. A new report which surfaced online recently hinted that iOS will be renamed as iPhoneOS. Interestingly, iPhones and iPod Touch runs on the same operating system. The new iOS 14 or iPhoneOS 14 will bring new AR features to several iPhone units including a new AR app called 'Gobi'.

The same AR feature is likely to be seen on iPad models with the latest iPadOS 14. Both iPhone and iPad models might get the support for Apple AirTags, that is rumoured to debut later this year. The company will also be announcing the next-generation watchOS 7 for Apple Watch. More details or announcements will be made at the WWDC 2020 event.

(The above story first appeared on LatestLY on Jun 22, 2020 07:56 PM IST. For more news and updates on politics, world, sports, entertainment and lifestyle, log on to our website latestly.com).