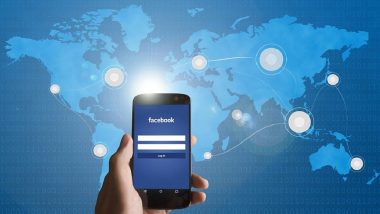 "There are, as usual, some apprehensions in certain quarters that net neutrality and data protection norms would be flouted and consumer interest harmed. It's erroneous, far-fetched and not based on facts," the industry body said. JioMart Goes Live on WhatsApp Amid Lockdown Days After Reliance-Facebook Deal, Here's How to Place Order on the Platform For Navi Mumbai, Thane & Kalyan Customers.

The net neutrality rules were unambiguously written into the TSP licences and couldn't be violated, it said and added, as the data protection framework to guard consumer interests was under process and expected to become an Act, the fear was unfounded.

The BIF said its members, which included Jio and Facebook, were committed to the cause of 'broadband for all' involving the proliferation of affordable high quality broadband and involving the principles of liberalisation and competition.

TV Ramachandran, BIF president, said: "Facebook and Jio, both esteemed members of the BIF, and leaders in their respective business verticals, have come together and reaffirmed the promise and potential that the future holds for the digital services sector in the country."

The importance of the sector had been demonstrated by the role it had played, and "continues to play in these difficult times to mitigate the ill-effects of the pandemic, while maintaining near-normalcy in the country," he said.

According to the industry body, the investment decision will boost India's attractiveness in the global investment community, especially in the digital domain.

The move will strengthen the prospects of broadband ecosystem in India, which has set global benchmarks in terms of data consumption on the per subscriber basis, to the tune of 11GB per user per month, and steadily rising.

Hailing Facebook's Rs 43,574 crore investment in Jio Platforms, the BIF said the decision coming in the midst of the coronavirus crisis and economic slowdown displayed the sector's resilience and its future.

The BIF said the Facebook-Jio partnership could be beneficial to over 5 crore micro, small and medium businesses, over 10 crore farmers, about 3 crore small merchants and millions of small and medium enterprises in the informal sector across India.

"The pact signed between Jio Platforms, Reliance Retail and WhatsApp to cross-leverage e-commerce platform JioMart and WhatsApp is also aimed at facilitating new business opportunities by enabling a seamless digital connectivity experience between the consumer and local businesses/shops/kirana stores," it said.

(The above story first appeared on LatestLY on Apr 27, 2020 07:59 PM IST. For more news and updates on politics, world, sports, entertainment and lifestyle, log on to our website latestly.com).