This is right. Most of the CS networks were built between 2005 and 2010 – already 10 to 15 years ago. These outdated pieces of equipment contain risks when they are in operation in the existing networks, including risks relating to hardware, software, vulnerabilities, and software life cycle. That’s why cloud migration is the most efficient approach for emerging markets. 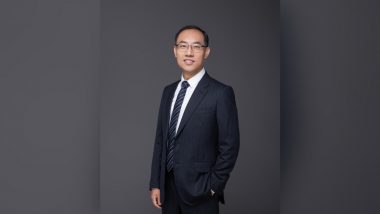 While 5G enables myriad possibilities beyond voice, this core element of telecoms will always be essential to any operator’s offering. With 5G being deployed across the world, Developing Telecoms spoke to Huawei’s Vincent Zhao to discuss the vendor’s Single Voice Core solution, which helps modern and legacy voice standards to coexist.

What are the advantages that the Single Voice Core can introduce?

Due to the development of cloud-based and 5G SC, we believe that the carriers are investing more and more in voice services. Our forecast is that investment growth will be around 3-5% in the next few years. During this period, multiple voice networks – traditional and cloud-based, 2/3/4/5G will all coexist. During this process, while the carriers are evolving towards the target network, they will make VoLTE the basic network for voice services while at the same time moving CS to the cloud. This is why Huawei has unveiled its Single Voice Core solution based on the GSMA’s NG122 standard, which achieves the integration of multiple voice networks including CS and NS. Based on this standard and this solution, CS services can be incorporated into IMS. At the same time, carriers will also be able to reuse the roaming protocols of CS to address the roaming issues. That is the basic concept of the SVC solution.

Given that SVC can be used across many coexisting standards, does the solution offer benefits in emerging markets which often rely on technology such as 2G, which is considered outdated in more developed markets?

First of all, we have done analysis for emerging markets. For the time being, work has started to roll out and migrate VoLTE networks and to move the core networks for voice services onto the cloud, so we believe the time is ripe for SVC to be deployed in emerging markets. Of course, one unified cloud-based SVC will be more efficient and deliver better user experience compared with five different voice networks. In the past, if we wanted to achieve interoperability, with CS networks and VoLTE networks both existing, it required a huge consumption of transcoding resources and poor user experience. Based on our actual tests, compared with the old model with two networks coexisting, the SVC solution brings an increase of 0.2 - 0.3% in the MOS value of user experience. With the SVC solution, carriers now only have to deploy new services at one goal; in the past, they needed to roll out and provision their services respectively on CS and MS. Based on the single network, the solution helps cut carrier OPEX by 20%  -30%. That’s the value we see that can be brought to making carriers more competitive.

In terms of the technology available, have there been any issues with migrating core networks to the cloud in emerging markets?

When it comes to rolling out networks on the cloud, the first challenge is the prerequisite to have cloud-based infrastructure. Another challenge that we’ve identified in the evolution of voice networks and VoLTE networks is the coverage of LTE and spectrum. However, these two difficulties are being overcome. Especially in emerging markets, out of the core network products that Huawei ships, more than 70% - 80% are based on cloud infrastructure.

Legacy architecture can be weak or even nonexistent in these markets, but can this provide an advantage by enabling quicker migration to cloud products?

This is right. Most of the CS networks were built between 2005 and 2010 – already 10 to 15 years ago. These outdated pieces of equipment contain risks when they are in operation in the existing networks, including risks relating to hardware, software, vulnerabilities, and software life cycle. That’s why cloud migration is the most efficient approach for emerging markets.

It can be challenging in emerging markets to deploy VoLTE as a fundamental network to support 5G deployment due to the lack of available infrastructure. Will the cloud-based solutions being deployed now enable this widespread VoLTE deployment?

I believe that 5G has in fact accelerated the development of VoLTE – carriers already started rolling out VoLTE in the 4G era, but it was optional at this time. In the 5G era, VoLTE is mandatory – 5G users and particularly SA users will not be able to make calls without VoLTE, because there isn’t a fallback to 2G or 3G. However, while 5G sped up the development of VoLTE, it’s difficult to say whether VoLTE will do the same for 5G.

VoLTE was also being deployed by carriers in emerging markets during the 4G era, and this takes a long time. Therefore, a good strategy is to deploy VoLTE during this era and accelerate user migration when 5G arrives.

Where has the Single Voice Core been deployed thus far?

The Single Voice Core was launched in 2020, and we have signed eight commercial deals for the solution across emerging and developed markets. Three of them are already in the commercial deployment stage, and we have secured customers. The biggest advantage of this solution is that full cloud migration has been achieved. Some of the projects are already VONR-ready for 5G voice services, and some carriers are exploring new services under the SVC solution, including video ring tones and 5G business voice.

Where will the benefits of the solution be felt over the next few years?

The solution will be marketed globally, and we will pursue more service innovations based on Single Voice Core. For example, we are now researching solutions for new 5G voice services, and working with leading carriers to redefine smartphone dial pads to make these voice services high-definition, interactive, and visualized. Device makers and carriers disagree over who is responsible for the dial pad; we are working with carriers in a new business model to redefine the pad so that the user experiences offered to customers can be further enriched. Over this year and the next, we will launch new services incorporating video sharing and AR/VR functionalities into the dial pad. Secondly, we want to base ourselves on the Single Voice Core solution and quickly help the carriers to make VoLTE the foundational network for voice services. This has not yet happened in markets outside of China, the USA, Japan and South Korea – the user penetration rate is very low (around 10%) outside of these markets. When VoLTE is being rolled out, carriers have a number of issues to address, including network deployment and optimization, as well as accelerating user migration. Based on Single Voice Core, Huawei will continue to rapidly deploy and integrate VoLTE and provide assurance for migration. To help carriers quickly migrate users to VoLTE, we believe the penetration rate has to be at a minimum of 50% to be recognized as the foundational network for voice services.

Thirdly, we will help carriers migrate outdated CS equipment to the cloud based on Single Voice Core, helping carriers to combine 2/3/4/5G and fixed networks into one. This is our vision for the solution.

How long will it be before emerging markets reach this level of VoLTE penetration so that 5G deployment can become more widespread?

Based on our analysis, it will likely take another 3-5 years for this goal to be met in emerging markets. Let’s look at China; it started the journey to roll out and migrate to VoLTE in large scale in 2016. At the moment, the penetration of VoLTE in China is close to 70%. The technology is gaining momentum in other countries such as Brazil and Russia, and in these countries the penetration rate is picking up. Based on our own analysis and information from consulting firms, we believe that the number of VoLTE users globally will approach 6 billion in 3-5 years. This is enough time for penetration to reach a high enough level in emerging markets.

We are confident it will happen; it’s actually easier in smaller economies to reach higher coverage compared to countries with expansive territories. We believe the most important factor to the penetration and deployment of VoLTE is the coverage and penetration of LTE.

China has achieved a very high coverage rate in five years; what are the lessons that can be applied to other markets?

The key is to put a lot of focus on user experience for consumers; to be frank, at the early stages of VoLTE deployment in China, the experience was even poorer than that of 2G and 3G. That’s why Chinese carriers adopted optimization specifically for VoLTE. It took a year for the experience of VoLTE to be far ahead of 2G and 3G, but 70% of users can now make calls or view videos in high definition. That’s the first advice for other markets – optimization for VoLTE is mandatory. The second lesson is that when the time is right, we have to carry out interoperability programmes for VoLTE across multiple carriers. Before May this year, the three carriers in China will achieve interoperability for high definition calls, video and ring tones. The third lesson we’ve identified is that carriers are still expecting to explore new services that can deliver more value based on VoLTE. For example, all three carriers in China have launched VoLTE-based high definition video ring tone services, and by the end of last year there were more than 100 million users across the three carriers for these services. All three of them are now exploring the new voice services for 5G.

Another thing that matters is terminal devices; with all the various VoLTE services including the ring tones and 5G new call services, it is key to develop the profile provisioning and carry out the testing for VoLTE. We worked with a carrier in Asia-Pacific, and based on our joint analysis we found that 20-30% of the users on this network were ‘silent’ users, meaning that their devices support VoLTE and the service has been enabled, but they are not actually registered on a VoLTE network. We took measures to activate these silent users and migrate them to the VoLTE network. This is why we believe carriers need to pay extra attention to the behaviour of device users and the provisioning of services on their devices.

In lower income markets it may be difficult to make a business case for deploying services unless there is demonstrable demand; what is the affordability level for VoLTE in developing regions?

If we look at pricing globally, carriers usually adopt package plans. In the past they used to charge by the minute, but now they tend to offer for example 100 minutes, 300 minutes or 1000 minutes under different tariffs, and many carriers package together video and voice calls without differentiating the prices. This kind of model will help carriers gain more value and secure more users.