Researchers at the National Institute of Information and Communications Technology achieved a transmission demonstration data rate of 319 Terabytes per second. 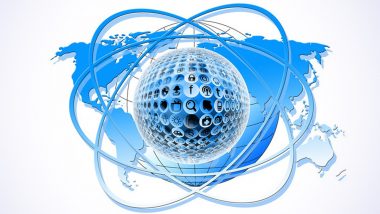 Japan has reportedly set a new world record for the fastest internet speed. Researchers at the National Institute of Information and Communications Technology achieved a transmission demonstration data rate of 319 Terabytes per second. This speed is almost double of the last fastest recorded internet speed which is 178 Tbps, held by researchers from the University College of London. In addition to this, researchers have also produced 957 petabits per second x kilometre, setting a world record for optical fibres. Massive Global Internet Outage: Services Being Restored After Huge Internet Shutdown Hits Popular Websites, Including Leading News Portals.

Researchers of Japan have successfully transferred data at a speed of 319 Tbps. With this internet speed, 57,000 full-length movies can be downloaded in a second or the entire Spotify library in under 3 seconds. As per a report, researchers used the existing optical fibre infrastructure to achieve this speed and this method can be integrated into fibre optic infrastructure with minimum effort.

(The above story first appeared on LatestLY on Jul 19, 2021 11:38 AM IST. For more news and updates on politics, world, sports, entertainment and lifestyle, log on to our website latestly.com).