Mobile game spending has continued to grow in 2021 and will reach $89.6 billion from across the App Store and Google Play globally. While the category is still climbing annually, its share of overall consumer spending has declined. 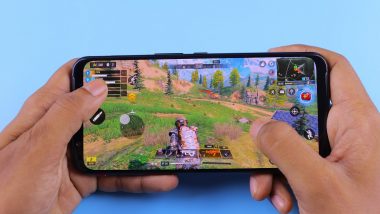 San Francisco, December 8: Mobile game spending has continued to grow in 2021 and will reach $89.6 billion from across the App Store and Google Play globally. While the category is still climbing annually, its share of overall consumer spending has declined. In 2019, mobile games represented 74.1 per cent of all app spending; in 2020, its share fell a little more than 2 percentage points to 71.7 per cent, and in 2021, its share is projected to fall approximately 6.7 percentage points from 2019's figure, reports Sensor Tower.

Mobile games still account for the majority of spending on each marketplace, representing 61.5 per cent of iOS revenue and 78 per cent of revenue on Google Play. On the App Store, mobile gamers are projected to spend $52.3 billion globally by the end of the year, up 9.9 per cent Y/Y from $47.6 billion in 2020. Honor of Kings from Tencent is the highest grossing iOS game, generating $2.9 billion on that platform, up 16 per cent Y/Y from $2.5 billion. The title recently passed the $10 billion milestone earlier this year. Garena Free Fire Emerged As Most Downloaded Mobile Game Worldwide for October 2021.

Games on Google Play will see $37.3 billion in worldwide consumer spending in 2021, up 16.6 per cent Y/Y from $32 billion in the previous year. The highest grossing title on Google's platform is once again Moon Active's Coin Master, which saw its revenue increase 13 percent Y/Y to nearly $912 million from 2020's total of $809.8 million on that marketplace.

First-time installs of mobile games will reach 55.3 billion in 2021 across the App Store and Google Play, Sensor Tower projects, declining 1.6 per cent Y/Y from 56.2 billion last year. This slight dip is expected, however, following the unprecedented surge in adoption seen in 2020 due to the onset of the Covid-19 pandemic.

Mobile games will have been downloaded approximately 8.6 billion times globally on the App Store in 2021, down 14.9 per cent Y/Y. Tencent will also take the top spot with PUBG Mobile, including the Chinese localised version Game for Peace. The title will reach approximately 47.5 million installs on the App Store by the end of year, down 18.5 per cent from 58.3 million.

(The above story first appeared on LatestLY on Dec 08, 2021 03:44 PM IST. For more news and updates on politics, world, sports, entertainment and lifestyle, log on to our website latestly.com).