After Geekbench delisted flagship OnePlus 9 and OnePlus 9 Pro, the global smartphone brand has responded to the app throttling row, saying it only aims to improve the performance of their devices. 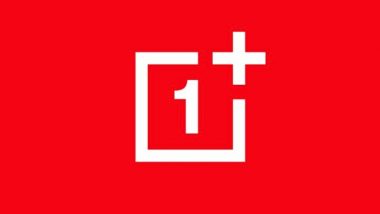 Beijing: After Geekbench delisted flagship OnePlus 9 and OnePlus 9 Pro, the global smartphone brand has responded to the app throttling row, saying it only aims to improve the performance of their devices. The company said that their top priority is to deliver a great user experience with products, based in part on acting quickly on important user feedback. OnePlus Nord 2 5G Smartphone India Launch Confirmed on July 22, 2021; Expected Prices, Features & Specifications.

"Following the launch of the OnePlus 9 and 9 Pro in March, some users told us about some areas where we could improve the devices' battery life and heat management," the company told XDA Developers on Wednesday. "As a result of this feedback, our R&D team has been working over the past few months to optimise the devices' performance when using many of the most popular apps, including Chrome, by matching the app's processor requirements with the most appropriate power. This has helped to provide a smooth experience while reducing power consumption," the company argued.

"It's disappointing to see OnePlus handsets making performance decisions based on application identifiers rather than application behaviour," Geekbench had posted on Twitter. "We view this as a form of benchmark manipulation. We've delisted the OnePlus 9 and OnePlus 9 Pro from our Android Benchmark chart," it added.

"While this may impact the devices' performance in some benchmarking apps, our focus as always is to do what we can to improve the performance of the device for our users," it added.

Recently, while running the performance benchmarks on the OnePlus 9 Pro, Andrei Frumusanu from AnandTech observed some rather odd behaviour. When putting the device through the standard browser benchmarks such as Speedometer 2.0 and JetStream 2.0, the OnePlus 9 Pro posted surprisingly low scores, on par with budget devices released years ago. The OnePlus 9 Pro seems to be disabling the Cortex-X1 core when running these benchmarks, the report said.

After a bit of digging, it discovered a OnePlus Performance Service that tracks when the user opens applications and decides whether or not to make modifications to the CPU scheduler. Many original equipment manufacturers (OEMs) develop a similar kind of service and OS framework to control device performance, as per the report.

(The above story first appeared on LatestLY on Jul 09, 2021 09:24 AM IST. For more news and updates on politics, world, sports, entertainment and lifestyle, log on to our website latestly.com).