Corruption Case: Nawaz Sharif to Go Back to Jail as Bail Expires 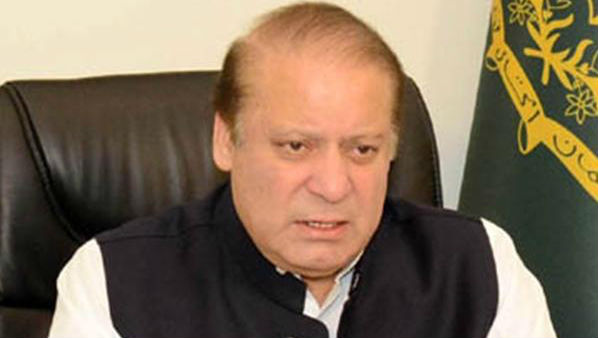 Lahore, May 7: Pakistan's former Prime Minister Nawaz Sharif will return to jail later on Tuesday following the expiry of his six-week bail in a corruption case. Sharif is expected to surrender to the jail authorities after Iftar, Geo News reported.

The Pakistan Muslim League (Nawaz) leader has been serving a seven-year prison term at Lahore's Kot Lakhpat Jail since December 24, 2018 when an accountability court convicted him in the Al Azizia Steel Mills corruption reference.

The case was filed in the wake of the Supreme Court's July 28, 2017 order in the Panama Papers case. Ex-Pakistan PM Nawaz Sharif Moved to Kot Lakhpat Jail for 7 Years in Al-Azizia Case, Acquitted in Flagship Reference.

The apex court on Friday had rejected a petition by Sharif for an extension of the bail granted to him on March 26 for six weeks on medical grounds.  According to Geo News, Sharif will arrive at the prison in a rally led by his daughter and PML-N leader Maryam Nawaz. She will lead the "solidarity march" of party workers from the Sharif's residence in Jati Umra to the jail, party spokesperson Marriyum Aurangzeb said.

The Home Department Punjab earlier instructed the three-time Prime Minister to reach the jail by 5 p.m. on Tuesday and said his arrival in a procession would be against the law.  Protesting against the instructions, PML-N leader Rana Sanaullah said that Sharif's bail is valid till the midnight of May 7.