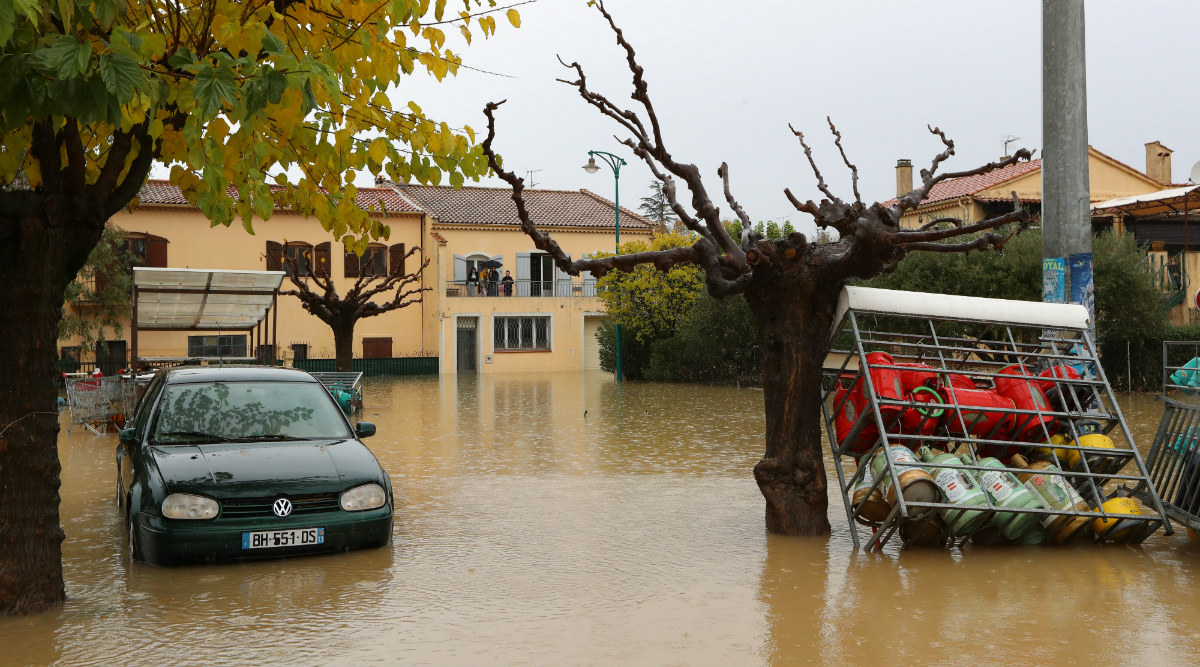 Peyrehorade, December 14: Fourteen departments in southwestern France, the Alps region and the Mediterranean island of Corsica were on alert Saturday following gale-force winds and flooding that cut off electricity in 60,000 homes, killed one person and injured five others.

The department of Pyrenees-Atlantique in the Basque Country was downgraded by the weather service Meteo France however from the maximum level red alert to orange.

A 70-year-old man died there Friday when his vehicle struck a tree that had fallen into the road during the storms.

Five others were injured, two seriously, when trees fell on their vehicles.

In Espeins in the Lot-et-Garonne region, a man in his seventies was swept away by rising waters when he went out to fetch his mail.

Rescuers resumed searches Saturday as floods inundated parts of the region with waters rising to up to nearly nine feet and by 30 centimetres per hour in some areas.

Lot-et-Garonne was placed under red alert for floods and a rugby rematch between Cardiff Blues and Pau for the European Challenge Cup in the city of Pau on Saturday evening was cancelled by the prefecture.

Flooding and landslides cut off access to the skiing stations of Gourette and Artouste, while the distribution of potable water in the commune of Laruns was interrupted.

In the nearby Landes department, about 600 people were evacuated on Friday as a preventive measure in areas where the Gaves de Pau and Oloron rivers converge.

"We are getting used to this now," a weary pensioner who gave his name as Christian told AFP.

"This is happening more and more," he said.

"It's here that we see there is a malfunctioning with the weather."

Meteo France has warned that the winds posed a heightened avalanche risk in the Alps, in particular in the popular skiing departments of Isere and Savoie.

Upper Corsica was on orange alert for winds packing speeds of up to 150 km/h. Some 16,300 households did not have electricity and rail services have been suspended until the afternoon.

French electrcity distributor Enedis said 50,000 houses in southwestern France and 10,000 in the north, primarily in Normandy, were without power.