A new bill was approved in the US state of Oklahoma to further restrict abortions after six weeks of pregnancy. 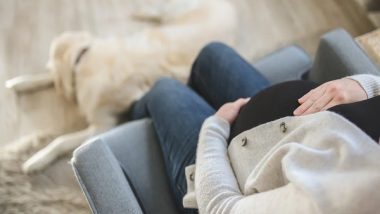 Washington, April 29: A new bill was approved in the US state of Oklahoma to further restrict abortions after six weeks of pregnancy.

Similar to a legislation in Texas, the bill will empower private citizens to enforce the law through civil lawsuits, making it much harder to challenge it in court, reports Xinhua news agency. The vote at the state's House was was 68-12. The legislation already cleared Oklahoma's Senate in March.

"Oklahoma is a very pro-life state, and we want to protect the preborn babies that are in Oklahoma and are in the world," said state House representative Todd Russ, a Republican who co-authored the bill.

The bill now goes to Republican Governor Kevin Stitt, who is expected to sign it into law in the coming days and thus effectively block abortion access to Oklahoma from Texas which enacted the near-all abortion ban on September 1, 2021. According to a study from the University of Texas, out of the thousands of state patients who travelled out of state for abortions from September to December, 45 per cent went to Oklahoma.

The number of US states which have introduced restrictive laws modelled after last year's Texas abortion ban now has risen to 13 including Oklahoma, according to a report of The Washington Post.

States controlled by Republicans are eager to restrict abortion rights within their own borders prior to this summer's highly-anticipated Supreme Court ruling on the landmark Roe v. Wade decision enshrining abortion rights, said the report. Goa Horror: Cop Arrested for Allegedly Raping 15-Year-Old Girl, Forcing Her to Undergo Abortion.

Since last September, the Supreme Court has passed up three opportunities to overturn the Texas ban, a move some Republicans have interpreted as a green light for this kind of legislation.

(The above story first appeared on LatestLY on Apr 29, 2022 02:19 PM IST. For more news and updates on politics, world, sports, entertainment and lifestyle, log on to our website latestly.com).