The court ruled that there was lack of evidence to prove that the sexual encounter involved violence or that the child was forced upon in any way. 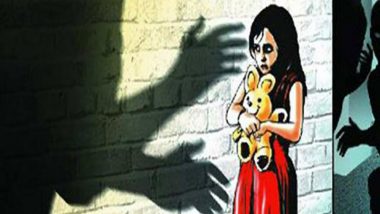 Image used for representational purpose only (Photo Credits: PTI)
Finland's Supreme Court has denied an appeal in a case involving sexual abuse of a 10-year old girl stating it is not rape. The case was against a 23-year old man who was given a three-year jail term and the prosecution sought for harsher punishment. The court, however, rejected the request from the prosecution regarding the appeal on charges of a case of rape. The original verdict now remains the same. The case had got a lot of attention from the local district courts calling for stricter punishment to the accused.
The court ruled that there was lack of evidence to prove that the sexual encounter involved violence or that the child was forced upon in any way. The incident had taken place near the city of Tampere in southern Pirkanmaa region in autumn 2016. The 23-year old man identified as Juusuf Muhamed Abbudin, is an asylum seeker, but his country of origin is not yet revealed. He had sexual intercourse with the little girl who was just 10-years old then. He raped her in a deserted apartment block and even exchanged sexually charged messages with her.
Both Pirkanmaa District Court and the Appeal Court in the city of Turku had convicted the asylum seeker of aggravated sexual abuse. He was termed a three-year prison sentence in 2017. The case had got widespread attention when it the court did not call the incident as rape. It said the girl wasn’t forced into the sexual act or overcome by fear. The judges also ordered the man to pay the child €3,000 ($3,600).
This decision by the court had resulted in debates across the country. Legal scholars had too expressed their shock on finding out there was no violence involved. One of the professors of Child Psychiatry at the University of Tampere, Tuula Tamminen, insisted that the child simply couldn’t know what was happening in such a situation. In November 2017, National Coalition Party MP Kari Tolvanen spoke in favor of longer sentences for such offences. Even  Finland's Justice Minister Antti Hakkanen had called for tougher laws for sexual offences committed against minors in early March. "Children should be protected from violence and sexual assault by all available means,” the minister stated. “I asked officials for proposals on toughening the law on sex crimes. I regard these proposals as viable and I intend to advance them.” But the Supreme Court's decision to uphold the appeal paints a different picture altogether and definitely not a positive one.

(The above story first appeared on LatestLY on May 06, 2018 02:04 PM IST. For more news and updates on politics, world, sports, entertainment and lifestyle, log on to our website latestly.com).