Taiwan Power Company is trying to figure out what caused the outages which affected some five million households, reports Xinhua news agency. 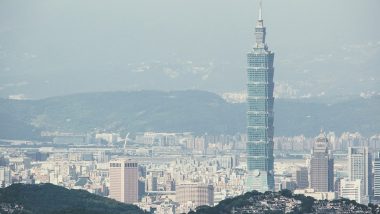 Taipei, March 3: Widespread power outages were reported across Taiwan on Thursday, including in Taipei, New Taipei, Miaoli, Taichung, Tainan, and Kaohsiung. Taiwan Power Company is trying to figure out what caused the outages which affected some five million households, reports Xinhua news agency.

Addressing reporters here, Economic Affairs Minister Wang Meihua apologised for the outage, adding that the northern parts of the island would have their power back by noon and that power would start being restored in the southern parts from midday, the BBC reported. Taiwan to Join International Sanctions Against Russia Over Military Operations in Ukraine.

Taiwan's President Tsai Ing-wen was scheduled to meet former US Secretary of State Mike Pompeo virtually. She said in a Facebook post that the livestream of her chat with Pompeo had to be temporarily cancelled as a result. According to the BBC, a similar blackout in 2017 hit half of Taiwan, affecting 6.68 million households.

(The above story first appeared on LatestLY on Mar 03, 2022 03:02 PM IST. For more news and updates on politics, world, sports, entertainment and lifestyle, log on to our website latestly.com).