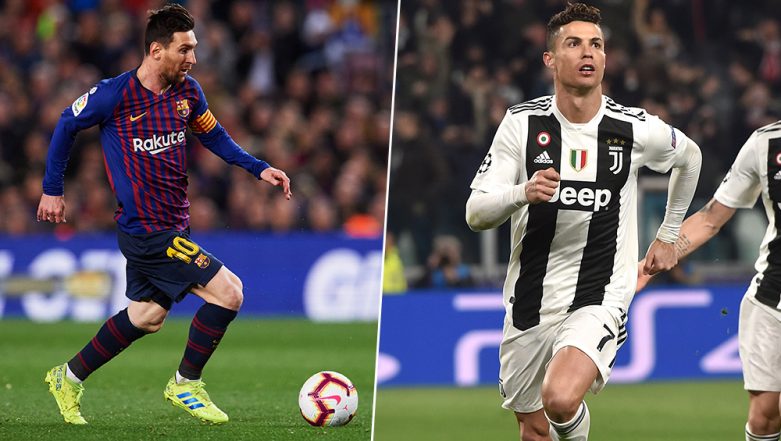 Ronaldo of Juventus and Messi of Barcelona (Photo Credits: Getty)

Leeds [UK], Apr 11: Barcelona defeated Manchester United in the first leg of the quarterfinal in the Champions League on Wednesday after Luke Shaw scored an own goal at Old Trafford. Shaw turned Luis Suarez's header into his own net just after 12 minutes of the game, giving Barca an early lead which they kept throughout and handed over United a 1-0 defeat.

Whereas, Juventus star Cristiano Ronaldo head his team to a first-half lead which did not last long as the score was levelled at the beginning of the second half and the match concluded on the same, resulting in a tie between Juventus and Ajax in the quarterfinal of Champions League.

Ronaldo, after many speculations of whether he will be participating in the quarterfinal or not, returned from an injury which he took while playing for Portugal last month. The 34-year old scored the opening goal of the match. However, David Neres scored the equalizer immediately after half time to give Ajax a draw. (ANI)