Did Anurag Kashyap ‘Roll a Joint’ on Video? The Director Gives a Fitting Reply to Troll Making This Accusation on Twitter! 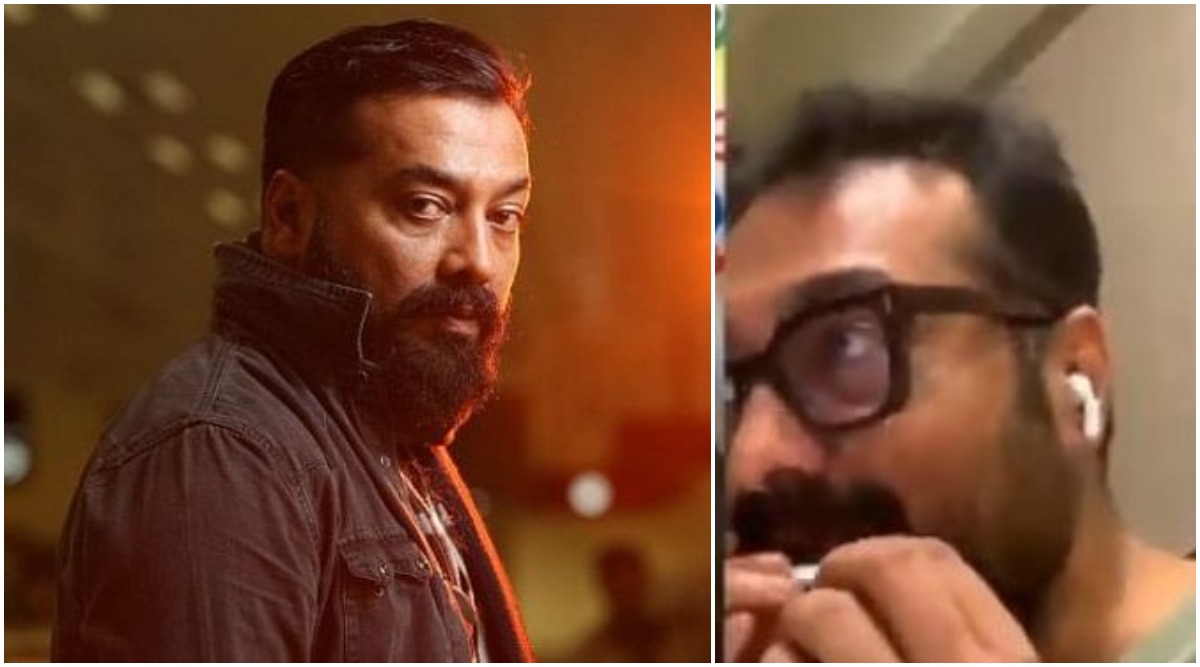 Did Anurag Kashyap ‘Roll a Joint’ on Video? Here's What The Director Has To Say on This! (Photo Credit: Twitter)

Anurag Kashyap is among the few celebs who is not exactly among the favourite persons of right-wing trolls. Thanks to his frank opinions on the ruling government and his active support to various citizen supports, Kashyap has always been at the receiving end of some very vicious trolling, and he often gives those trolls a taste of their own medicine by engaging with them on social media in a banter. Now recently, a Twitter user has accused the director of 'rolling a joint' from a video, presumably taken from a podcast. Peddlers: Anurag Kashyap, Vijay Varma, Guneet Monga Demand Eros to Release Vasan Bala’s Debut Film on an OTT Platform (View Tweets).

For the uninitiated, a joint means it mostly contains marijuana, usage of which is illegal in India. In the clip of the video that the Twitter user has shared, Kashyap is seen applying something like a roll to his lips for a split second. The Twitter user tagged the handle of Mumbai Police to investigate the matter.

Hello @MumbaiPolice ,will you please look into this ?

is rolling a joint which is illegal in India. pic.twitter.com/lS3UxlGpfL

Quite why would someone as intelligent like Anurag Kashyap would roll a 'joint' on a video that everyone would be watching is beyond comprehension. Not to worry, Kashyap admirers, as marijuana is not the only thing that can be rolled - tobacco works fine too! And that's what Anurag Kashyap claims to be rolling, as he responded to the above video on Twitter.

Yes please for once @MumbaiPolice look into it. Once and for all let’s make it clear that I roll tobacco and please thoroughly investigate for the satisfaction of the bhakts and the trolls .. https://t.co/ZHv3CwpVBG

This also reminded us of the infamous viral video taken during a Bollywood celeb party that was taken by Karan Johar and featured the likes of Ranbir Kapoor, Vicky Kaushal, Varun Dhawan et al. Many Twitter users accused the stars of using drugs at the party, especially Kaushal who was touching his nose, though the celebs maintained they were just drunk!