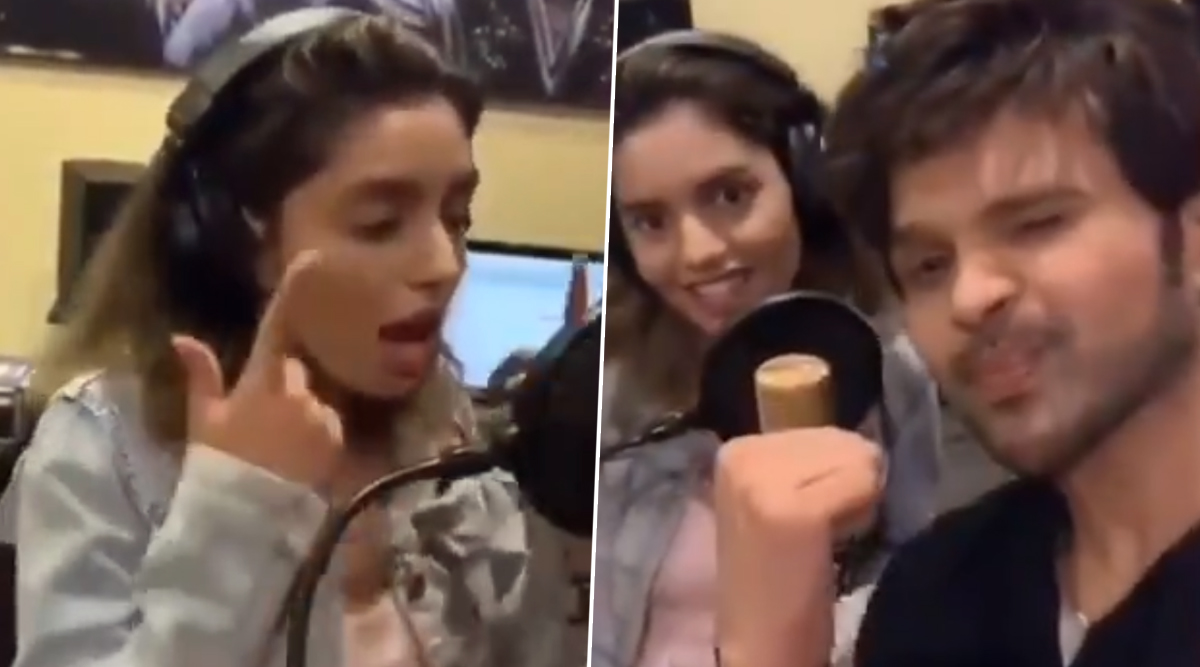 Bollywood singer, Himesh Rashammiya is busy promoting his upcoming film Happy Hardy and Heer. The musician seems to be very excited for this one and has already recorded numerous songs for the same. Remember, how he gave break to internet sensation and terrific singer, Ranu Mondal who recorded three melodies with him for the film. And now a new peppy number has come into light which is titled as Tik Tok. But the interesting part here is that for this musical piece, Himesh has roped in playback singer, Kumar Sano's daughter, Shannon K. Ranu Mondal Records Another Song With Himesh Reshammiya, This Time It Is ‘Aashiqui Mein Teri’ Reprise Version & Internet Is Loving It (Watch Video).

Taking to his social media account, Himesh shared a clip which sees him along with Shannon in the recording studio crooning the song. With the post, Himesh also gives a Tik Tok challenge to fans and reveals that the official trailer of Happy Hardy and Heer and song Ashiqui Mein Teri will be out this month. The film is slated to hit the screens on 3rd January 2020. Happy Hardy and Heer Teaser: Double Dose of Himesh Reshammiya Will Give You Double the ‘Suroor’ – Watch Video.

Check Out The Video Shared By Himesh Rashammiya Below:

Here is another amazing talent which features with me in this song Tik Tok from Happy hardy and heer and she is none other than the legendary Kumar sanu s daughter Shannon K . Request you to take up this Tik Tok challenge and share it with your loved ones . The Official trailer of Happy Hardy and Heer and official video of Ashiqui mein teri releasing this month . Happy Hardy and Heer releases on 3 jan 2020 all over , love you thanks for all your support. Part 2 at the mall😂❤ Humming teri meri kahani this time.. Thankful to each and every one of you for making the music of Happy Hardy and Heer a blockbuster hit 😇🙏 Love you all❤❤ Cheers and have a great day #happyhardyandheer #terimerikahani #aashiquimeinteri2.0 #himeshreshammiya #instalike #instadaily #trending #GODIsGreat🙏

We are loving the new song, as it has a blend of both English as well as Punjabi lyrics. Talking about Sanu's daughter, her full name is Sana Kumar Sanu Bhattacharya. Shannon is 18 years old and is an American singer and writer. This flick will also see Punjabi actress Sonia Mann sharing the screen space with Himesh. Stay tuned!