Kangana Ranaut on Her Fight With The Journalist: I Hope That the Problem That Has Happened Will Get Resolved 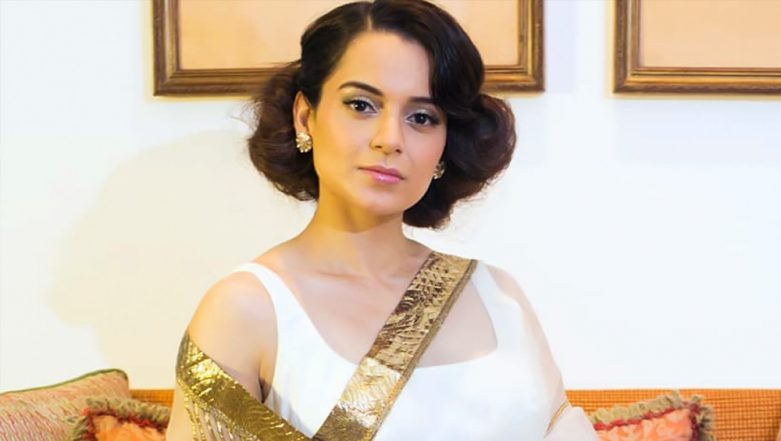 Mumbai: As the ugly spat between actress Kangana Ranaut and a section of media continues, Bollywood celebrities from Akshay Kumar and Parineeti Chopra to Siddharth Malhotra and Adah Sharma said that the relationship between the two fraternity should be based on professionalism and mutual respect. "The truth is we celebrities and the media share an important relationship. We really need you people because we can reach out to the common people through your medium, and vice-versa. So I hope that the problem that has happened will get resolved," said superstar Akshay Kumar, who is gearing up for his upcoming Mission Mangal. From Queen to Judgementall Hai Kya, Rajkummar Rao Reveals That His Rapport With Kangana Ranaut Hasn’t Changed

Sidharth Malhotra voiced a similar view at a media event: "I think the relationship between the media and celebrities is almost like an old married couple's. They might have an argument here or a fight there, but at the end of the day we have a professional relationship. We have no intention to insult anyone when we invite the media to an event. We know that when you guys ask questions, you are doing your job." Kangana Ranaut Says her Contemporaries Like Deepika Padukone and Anushka Sharma are Stars and Not Actors

Siddharth, who has faced a lot of criticism over the years since he started his career in 2012 with Student Of The Year, added: "There are times when people have written me off, but that does not affect me. Whatever the media writes is their professional opinion. We, the new generation of celebrities, take our relation with media professionally because you guys are, in a way, our colleagues." Parineeti, who always maintained a good rapport with the media, highlighted how at times celebrity reputation gets affected.

"Since the time we get into the business, we develop a relationship with journalists. During film promotions, we spend a lot of time giving interviews and that way we share a friendly relationship. Friendship, however, should not be misunderstood because many times an actor is gets misquoted. I just hope a good relationship is maintained because many times the reputation of people gets affected. So, the media should be responsible about these matters," added the actress who will soon to be seen opposite Sidharth in Jabariya Jodi. Actress Adah Sharma said although she often gets trolled for her experimental looks, she has mostly elicited a positive response from the media.

"The relation between actors and the media is based on professionalism and mutual respect. When I am putting out my work in the public domain I should be prepared for positive as well as negative feedback. I do not take criticism personally. However, there is a distinction between criticism and bullying. The later is more of personal attack, which should never be encouraged," Adah told IANS.