Varun Dhawan Takes a Dig at His Coolie No 1 Co-Star Sara Ali Khan’s Graduation Photos, Says ‘Best Picture U Ever Put Up’ 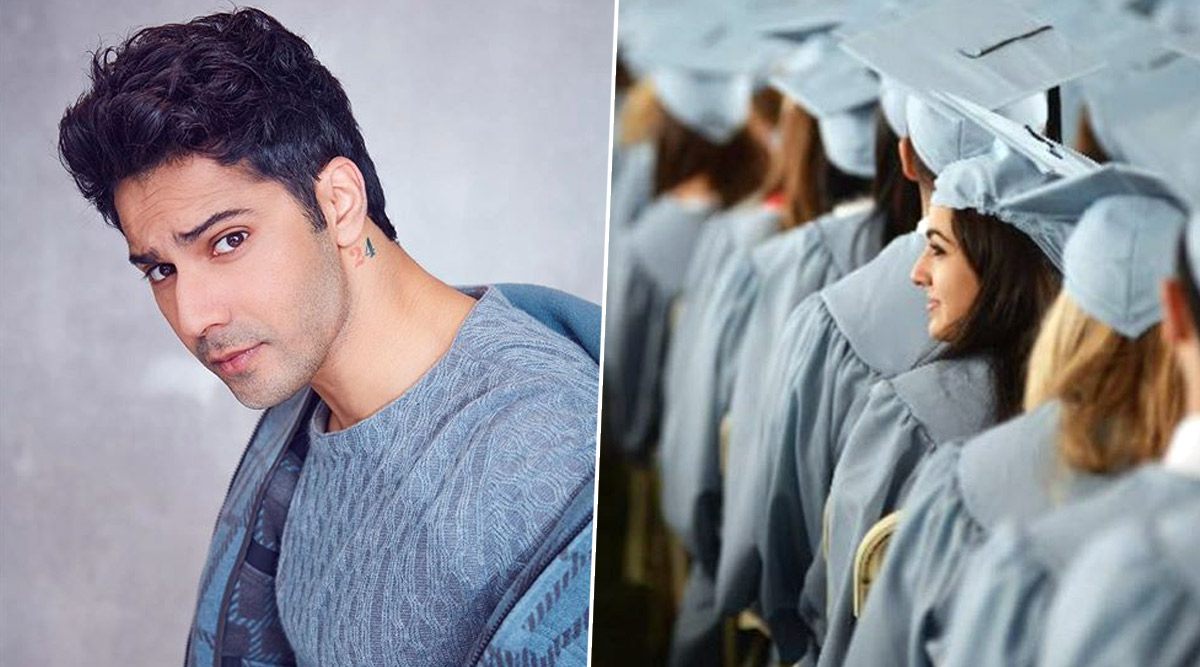 Bollywood actor Varun Dhawan has hilariously trolled actress Sara Ali Khan by dropping a comment on her latest photograph, from her graduation day. Sara had earlier shared a string of photographs from her graduation from Columbia University four years ago. Varun took to the comment section and wrote: "Best picture u ever put up." When Will Ibrahim Ali Khan Make his Bollywood Debut? Sara Ali Khan Answers the Million Dollar Question…

The comment has received over 10,584 likes. Varun also shared a monochrome photograph of himself on Instagram. In the image, he is seen looking at the camera. He is dressed in a white T-shirt and a jacket. He captioned the image: "Sex on fire" along with some fire emojis. Ibrahim Ali Khan Reveals the Goofy Face He Makes While Bullying Sister Sara Ali Khan (View Pic)

19th May 2016 🦋🎓🧿💙🗽 Sometimes this feels like a minute ago, and sometimes it feels like another lifetime 🤷‍♀️🙇🏻‍♀️🗓 ⏰ #columbia #university #graduation #almamater #4yearsold

On the acting front, Varun will soon be seen sharing screen space with Sara in the remake of 1995 hit film "Coolie No. 1". The new version is directed by his father, David Dhawan, who had earlier helmed the original film of the same name, starring Govinda and Karisma Kapoor.