AMAs 2019: Selena Gomez Flaunts Her New Tattoo That Resembles The One On Ex-Boyfriend Justin Bieber 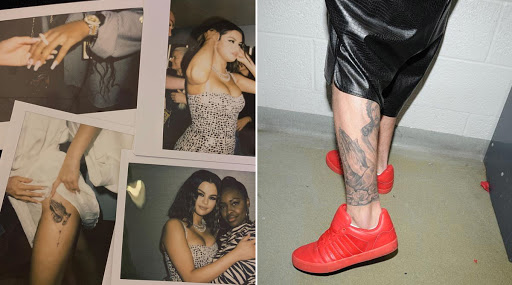 You remember the time when Justin Bieber had claimed that one of the tattoos on his arm was about his ex-girlfriend. Many were quick to assume it was Selena Gomez with whom he had an on and off relationship before he got married to Hailey Baldwin. Well, a lot has happened post that and we thought things have settled down between the two. But when Selena flaunted her new prayer tattoo which reminded us of the one on Justin's leg, we were stoked! Selena Gomez Makes Red Carpet Comeback at 2019 AMAs in Fluorescent Green Outfit!

Justin has a prayer tattoo on his left leg which is part of a Jesus Tattoo that he has. But that however misses the rosary beads. Selena's new ink has folded hands with rosary draped around them which go cascading on her thigh. Check them out right here...

Here's the one that Justin flaunts: 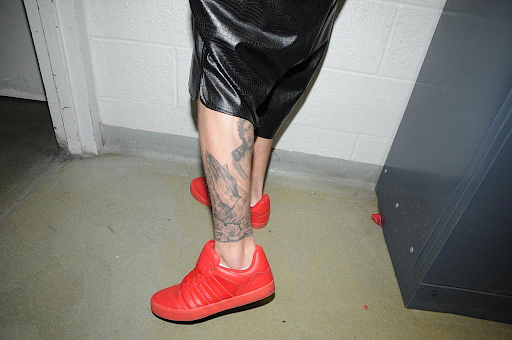 Gomez walked the red carpet of AMAs 2019 wearing a green outfit and looked stunning. She performed on her new singles Lose You To Love Me and Look At Her Now. Apparently, both these songs were on her love-life with Justin. They broke up in March 2018 and by the time it was June of the same year, Justin had moved on to Hailey which ended in their wedding in September 2019.