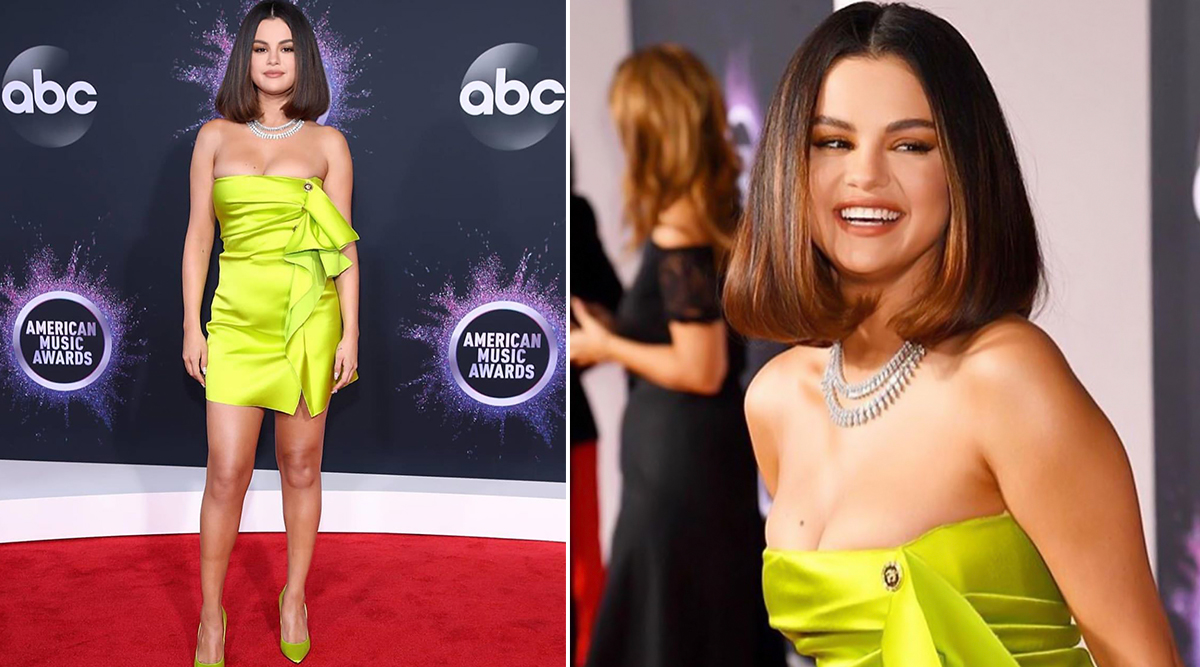 Washington DC, November 25: Selena Gomez made heads turn as she walked the red carpet of the 2019 American Music Awards. The ceremony will mark her first live TV performance in two years. Gomez made her comeback at the awards after her 2017 special as she rocked a tight-fitted off-shoulder fluorescent green dress.

Teaming the satin ensemble with a pair of matching pumps, she accessorised it with a simple diamond necklace and without much ado, let her shoulder-length hair loose. Sharing the pictures on Instagram, the singer expressed gratitude on her comeback and wrote, "Feels good to be back. Thank you to my entire team and to my fans that stand by me. All of this is for you and because of you. excited for this chapter. American Music Awards 2019 Winners’ List: Billie Eilish, Taylor Swift, Shawn Mendes-Camila Cabello Win Big!

Feels good to be back. Thank you to my entire team and to my fans that stand by me. All of this is for you and because of you. excited for this chapter #sg2 @amas 💚

"While she is returning to the AMA stage after a hiatus of two years, Gomez has previously performed in 2014, 2015 and 2017, when she sang her song 'Wolves'.Late last month she also dropped her single 'Lose You to Love Me' and a day later, opened another surprise as she released the upbeat number 'Look at Her Now'.She even touched a milestone when the latest release became her first No. 1 on Billboard hot 100 Chart.

"My first number 1!! This song is so dear to my heart. I've been working so hard to make this album as honest and fun as possible while remaining vulnerable enough to share where I am in life," Gomez wrote on Instagram, sharing her joy.

"I love you deeply and thank you so much for listening. I want to thank each and every person that was [a part] of this moment that I'll never forget!" she added.