The reports surfaced online after pictures of her plush one-bedroom apartment surfaced online on the internet. The rent for the studio is said to be high considering it is located at a posh location. 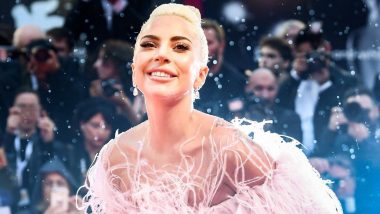 Lady Gaga has come a long way in her career and it all started with one song in an apartment that still holds a strong place in her heart. The singer might have been shifted to a swanky bungalow in Hollywood but her apartment in New York still holds value for her. The singer never sold the house and has been renting it to people in the past. She has expressed how her apartment is always kept untidy by these people and hence she is not reportedly putting the studio on rent. Yes, you read that right! Lady Gaga's Manhattan apartment located on the lower east side is up for rent. Lady Gaga’s Tweet ‘Fame Is Prison’ Sparks Funny Memes! Hilarious Tweets and Jokes Go Viral.

The reports surfaced online after pictures of her plush one-bedroom apartment surfaced online on the internet. The rent for the studio is said to be high considering it is located at a posh location and is estimated to be around $2,000 a month. Details about the studio also surfaced up, according to which the apartment consists of a one-bedroom and one-bathroom unit. The studio has 10-foot ceilings and windows and also has a small yet open kitchen in a corner.

The apartment is located on the fourth and the topmost floor of an old building and one can enjoy an abundance of light in the house. Gaga wrote her 2008 debut album 'The Fame' including hits like Poker Face and Paparazzi in this very apartment. It also has wooden flooring and stainless steel appliances that come with it. Gaga moved out of the apartment after living there for three years. Lady Gaga Offers $500,000 Reward for Return of Her Stolen French Bulldogs Koji and Gustav After Dog-Walker Shot in Armed Robbery, Watch Video of the Horrific Attack.

Lady Gaga is now an owner of several real estate properties around the world which are worth $28 million. The singer has a mansion in Hollywood Hills and one in Malibu. She also owns a townhouse in NYC’s Chelsea. The actress has been shooting for her film Gucci in Italy when earlier her two french dogs were dognapped by thieves. The goons shot and wounded their walker Ryan Fischer who was immediately hospitalised for injuries. The dogs were later recused after a woman dropped them at LAPD.

(The above story first appeared on LatestLY on Mar 05, 2021 12:34 PM IST. For more news and updates on politics, world, sports, entertainment and lifestyle, log on to our website latestly.com).