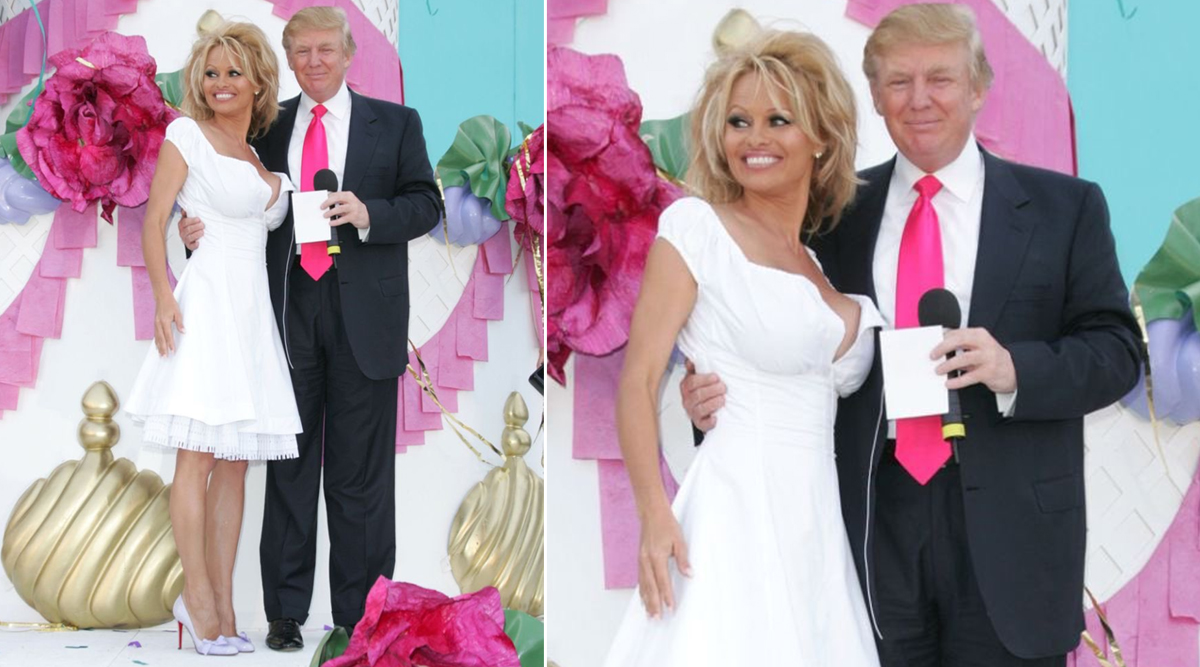 Actress and animal rights activist Pamela Anderson has written to US President Donald Trump and First Lady Melania Trump as she seeks a presidential pardon for her friend WikiLeaks founder Julian Assange. Assange was forcibly removed from the Ecuadorean Embassy in London in April after officials withdrew his asylum. He has been on lockdown in the U.K.'s maximum-security Belmarsh Prison ever since, after lawmakers sentenced him to 50 weeks behind bars for violating bail and taking up an offer of asylum in the Ecuadorean Embassy in 2012, while facing extradition to Sweden to face rape charges. Carly Simon Calls President Donald Trump ‘Repulsive’ While Revealing the Reason For Turning Down His Invitation

He still faces extradition to the United States, where he is accused of conspiring to hack a classified Pentagon computer, and longtime supporter Anderson fears her friend will die behind bars. In the letter, which was published on the "Baywatch" actress' Pamela Anderson Foundation website, she praised the couple, before asking a favour of them for her friend. "I am always enlightened and encouraged when I see the great work that you both have achieved during your period as a leading couple of the people," the star penned. Donald Trump’s Al-Baghdadi Speech VS Barack Obama’s Bin Laden Speech; This Jimmy Kimmel Mashup Is Funny AF? (Watch Video)

"You complement each other extremely well, Mr President with your personal touch and emotional flare that strikes a chord with the people, together with the enduring poise and presented dignity that the first lady upholds." "Integrity was certainly the underlying thread that defeated Hillary and brought to the world this great couple, cannoning you into the most powerful position in the world."

She added that Trump would be "forever remembered as the champion you were always destined to be" and acting in Assange's favour would become his "legacy," adding: "If you were to pardon Julian Assange and not allow the legal precedent of extradition of a fact publishing journalist for a life of torture, then the people would salute your action." Anderson also took to Twitter to share several photographs with Trump, from when she attended the businessman-turned-politician's birthday party in 2005.