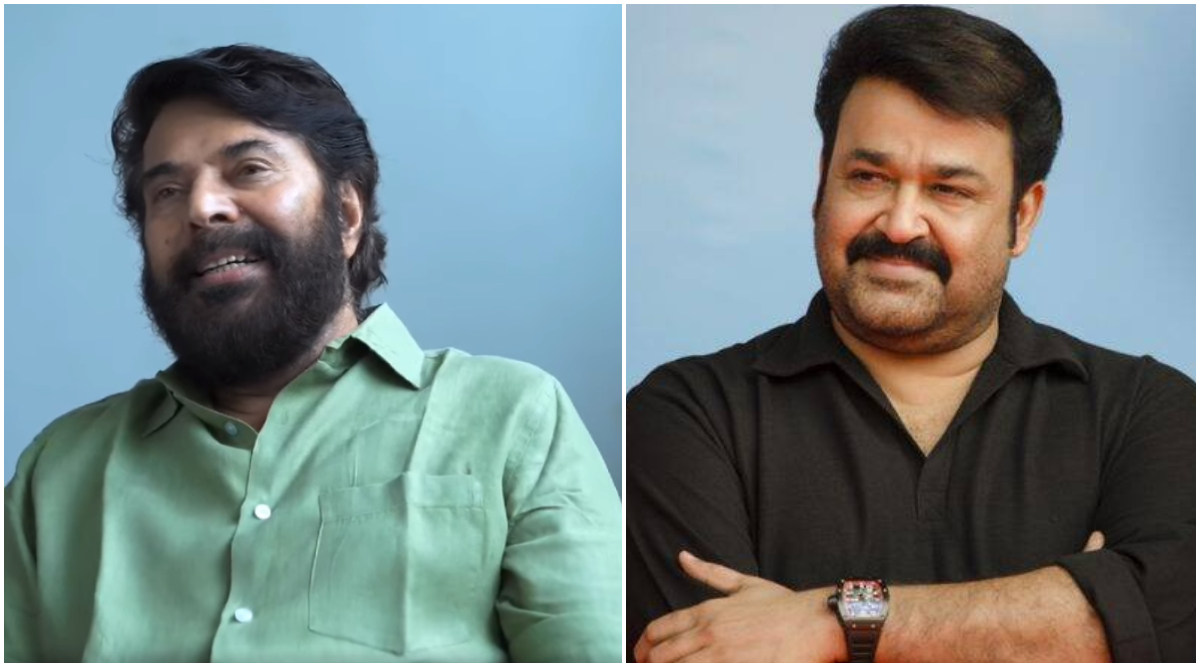 Malayalam cinema's superstar, Mohanlal celebrated his 60th birthday on May 21. The actor who is fondly known as Lalettan by fans received warm wishes on social media not only from his industry colleagues but also his huge fan base. Fans were in for a surprise as the Mollywood star dropped the first look of his upcoming film Drishyam 2. While his fans and well-wishers have been dropping beautiful messages for the star on social media, another veteran actor, Mammootty recorded a special video message wishing his dear friend Mohanlal on his birthday. Mohanlal Birthday Special: 15 Quirky Phrases of the Malayalam Superstar That Became Part of Our Vocabulary.

Mammootty and Mohanlal are close and go a long way. Speaking about their 30-year-long friendship in this special video, the former also revealed how Lalettan refers to him as ‘Ichakka'which means big brother. Mammootty in this special message revealed how competition never came in between their friendship and that the duo have been as good as a family over the years. He revealed how the Drishyam actor was a part of his children's weddings. Mammootty said, "Lal took part in the wedding of my children as a family member. He bought Appu (Pranav) to my house to get my blessings before introducing him in cinema.”

Mammotty also wished that his friendship with Mohanlal becomes an inpiration for young actors who can appreciate and nurture each other's talents without considering it as competition. Mammootty referred to his relation with Mohanlal in a beautiful manner as he said, "Like college students, we use to hang out and party, but we got serious when it came to our trade. Like the students who study only when the exams are around the corner. Mostly we managed to score good marks, and that’s why we have respect and love of so many people." Mohanlal Turns 60: Kamal Haasan, Hansika, Nivin Pauly Wish the Malayalam Superstar on His Birthday.

Mohanlal's 60th birthday was celebrated by his fans with a bash online. Several actors such as Kamal Haasan, Nivin Pauly, Dulquer Salmaan among others wished the superstar on social media with amazing posts.